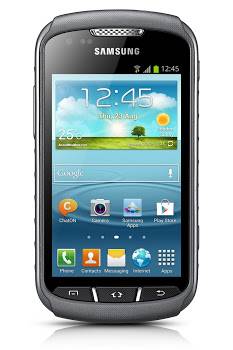 The Samsung Galaxy Xcover 2 name has been mentioned a few times in recent history. We had seen rumors suggesting an announcement was coming during Mobile World Congress and then it showed up on the 2013 roadmap. It now looks like we can put those rumors to the side because as of this morning, Samsung has officially announced the Galaxy Xcover 2.

Of course, despite getting an announcement from Samsung, there are still some missing details. First though, lets begin with the specs. The Galaxy Xcover 2 is a rugged smartphone. It is dust proof, sand proof and thanks to the IP67 certification, the Galaxy Xcover 2 can handle being submerged in water up to one meter for up to 30 minutes. The Galaxy Xcover 2 also has a camera key, battery cover lock and strap holder.

The hardware includes a 4.0-inch (480 x 800) display, dual-core 1GHz processor, 1GB of RAM, 4GB of internal storage, a microSD card slot, 1700 mAh battery, VGA quality front-facing camera and a 5 megapixel rear-facing camera with auto-focus and LED flash. The Galaxy Xcover 2 will be running Android 4.1 Jelly Bean along with the TouchWiz user interface. And of course, the handset will arrive with the Samsung apps to include the Readers Hub, Music Hub, Video Hub and Game Hub. 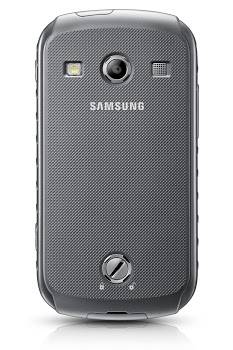 A nice perk for those looking for map data, Samsung has pre-downloaded Google Map data with an enhanced GPS ＋ GLONASS setup. This is said to be able to increase satellite signal detection by up to 20 percent and also track your location with improved accuracy. Another pre-loaded app is Cardio Trainer Pro, which gives you the option to create training programs and record your progress. Finally, the missing details included the pricing and release dates. But with that, we suspect Samsung will have the Galaxy Xcover 2 on display and reveal a bit more during MWC.