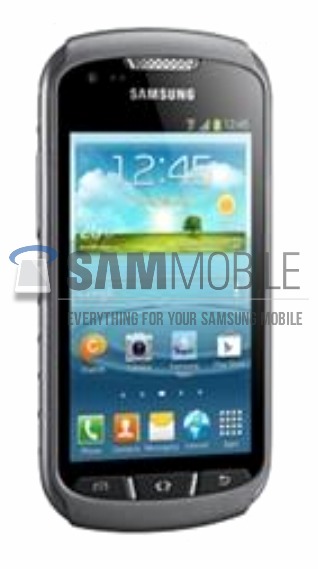 While Samsung may have the high-end Android market on lock down between its Galaxy S III and Galaxy Note II, the company obviously realizes that there all kinds of smartphone users out there. While some care most about technical specifications, there are others who care more about durability. Samsung’s original Galaxy Xcover was one such durable smartphone, and today we’re hearing rumors of a follow up, aptly named the Galaxy Xcover 2.

These rumors come from SamMobile, which is something akin to the Internet’s watchdog when it comes to Samsung leaks and news. The website has posted a nearly full list of specs for the phone, which include a 4-inch TFT screen at 800 x 480 resolution. The phone will also come equipped with a 1700 mAh battery, a 5MP rear-facing camera, and 4GB of internal storage with the option to expand on that thanks to the included microSD slot.

Naturally, expect the Xcover to be resistant to the elements just like its predecessor, with either Android 4.1 or Android 4.2 installed from the start. Sadly, SamMobile’s list is missing two of the most important details: what kind of CPU is running under the hood along with how much RAM is present. It looks like we’ll have to wait until Samsung pulls the veil off this phone to find out those details.

Luckily for us, SamMobile says this phone should be getting an announcement at MWC 2013, which is right around the corner. We’ll be there next month at Barcelona to watch everything go down, so if this phone is indeed getting a reveal, we’ll have that information for you right here at Android Community. Keep it tuned here for more!