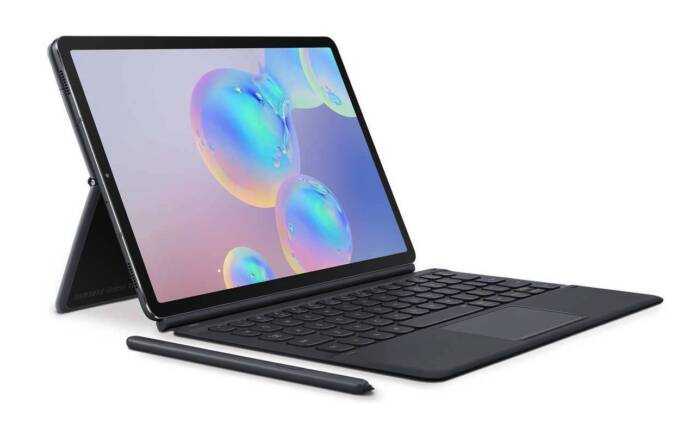 The Galaxy Tab S6 is Samsung’s latest powerful Android tablet. It doesn’t have a follow-up yet but the South Korean tech giant came up with a 5G variant which we heard about earlier this year. There’s also the Lite model coming very soon as we’ve been anticipating for it since February. A major software update is ready that will bring Android 10 features plus One UI 2.1 enhancements. With the rollout, the tablet is expected to be more powerful than it already is.

Out of the box, the Samsung Galaxy Tab S6 already offers powerful performance with its almost premium specs starting from the 2K AMOLED screen, Qualcomm Snapdragon 855 processor, and maximum of 8GB of RAM. It’s actually described as the most powerful Android tablet from Samsung to date. There’s even 5G connectivity available in some key markets.

The Samsung Galaxy Tab S6 was first released with Android 9 Pie and One UI. The company promised Android 10 OS and here it is now with an updated user interface. Expect new features apart from the latest Android Security Patch Level (March 2020).

This particular update is for the Galaxy Tab S6 LTE (model SM-T865). Specifically, it’s for Germany (DBT region) but we can expect it will also roll out to other regions. A complete changelog has been shared online so we know everything about the software update.

One UI 2.1 delivers Android 10. This brings enhanced image and text with darkened wallpapers and widgets courtesy of the Dark Mode. Colors and icons are clearer now and are set with improved layouts for titles and buttons.

Connecting to the Internet is easier with quick menu customizations, more info placed on the app bar, and add-ons from the Galaxy Store. Other improvements can be noticed on Samsung Contacts, Calendar, Reminder, My Files, Calculator, and Samsung keyboard. Other helpful features include Quick Share, Music Share, and Samsung Daily.

With the update, expect smoother animations, and new full-screen navigation gestures. Interactions have been refined as well so you can focus on the important matters and navigate with more comfort on larger screens. The update also improves on accessibility, control of device, text over wallpapers, battery usage and device care, Digital wellbeing, and camera features.