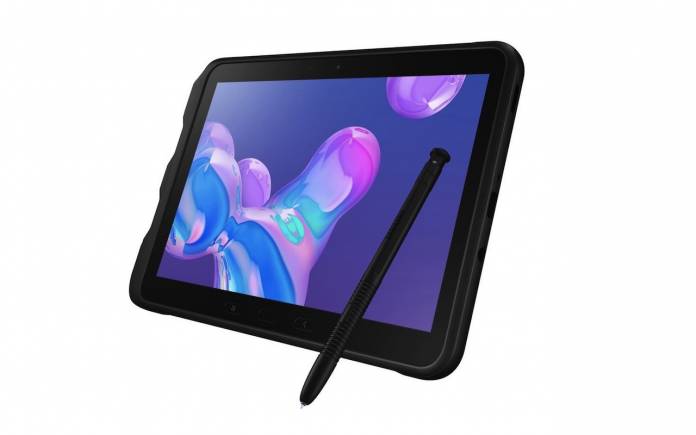 When it comes to specs, the Galaxy Tab Active 3 will run on an Exynos 9810 processor, 4GB of RAM, and a 5050mAh battery. There will be either 64GB or 128GB onboard storage. A 5MP selfie camera will be joined by a 13MP rear shooter.

The Samsung Galaxy Tab Active 3 is for a targeted market like factory managers, industrial workplaces, or maybe oil rig workers. With the MIL-STD 810 rating, it means the tablet can withstand drops, vibrations, excessive pressure, and extreme temperatures. The physical buttons can be accessed even with gloves on.

The Android 10 rugged tablet will come with an 8-inch LCD screen with 1920 × 1200 pixel resolution. It won’t get 5G yet but it will have WiFi only or with LTE. Bluetooth 5.0 connectivity can be expected together with an S Pen that can also work as a remote control.