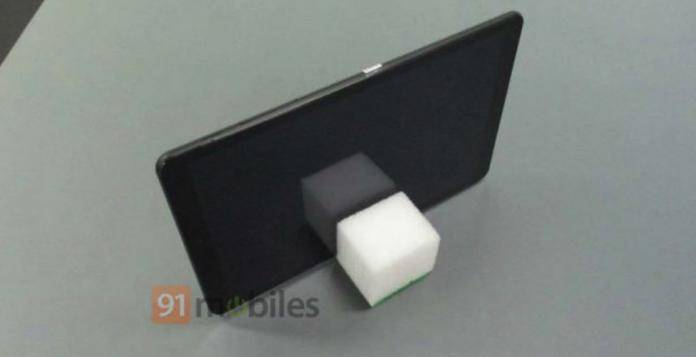 Forget about the Samsung Galaxy Note 9 for now. That device is confirmed to be released on August 9 in New York after a whole year of anticipation. It won’t have a notch nor an in-display fingerprint sensor but it will arrive with a new and improved S Pen. Aside from the next-gen Note, there’s also a new Galaxy tablet in the works. We’ve been featuring the Galaxy Tab S4 but the Samsung Galaxy Tab Advanced 2 is also coming.

We’ve seen several leaked information and images about the Samsung Galaxy Tab A2 including the manual so we have an idea about the new tablet. This was the model number SM-T590 that received Bluetooth approval last month together with the SM-T595. We can expect a 10.5-inch screen, 1920 x 1200 pixels, Exynos chipset, and Android 8.1 Oreo out of the box. The smaller bezels are expected since it’s slowly becoming a trend and someday, a standard. We can’t tell if there’s a fingerprint sensor but at this point, we only care about the screen resolution and dual speakers. Dual cameras are not even part of our expectations because it can be awkward to take photos with a tablet.

The Samsung Galaxy Tab A2 10.5’s images show slimmer bezels on both sides but the top and bottom are a bit thick. We see a USB Type-C port beside the speakers found at the bottom. The Tab A2 may arrive with the Galaxy Tab S4 and the two may confuse the consumers. The Tab S4 may come with an S Pen as in the past. Actually, there are three upcoming tablets. There’s also the Galaxy Tab Advanced 2 which is said to be a different model.

The Galaxy Tab A2 10.5 was already spotted on the FCC grounds which means the device will be released in the United States. Samsung’s Galaxy Tab A2 is more of a mid-range tablet compared to the premium Galaxy Tab S4. Also made public are firmware files for a 10.5-inch Galaxy tablet. The tablet will feature a Bixby button similar to the Galaxy S8, Galaxy Note 8, Galaxy S9, and we’re assuming, the Galaxy Note 9. Also called as the ‘Samsung Tab A2 XL’ with gta2xl as a codename, this tablet is described to have a ‘wink_key’ which we believe is the Bixby button. If you’re familiar with most Samsung devices, you’ll easily get the references and the code.

The appearance of a Bixby button only means one thing–the tablet will be “smarter”. A tablet is already considered a smart device but having a virtual assistant is a better idea. We can’t really say the early Bixby experiences have been positive but Samsung is promising Bixby 2.0 so we’ll see how the Bixby Home, Bixby Voice, and the Bixby Vision will function. Features may be limited since the specs are also limited compared to the Galaxy S8, S9, and Note 8.

Check out the images of the Samsung Galaxy Tab A2 spotted in the wild: