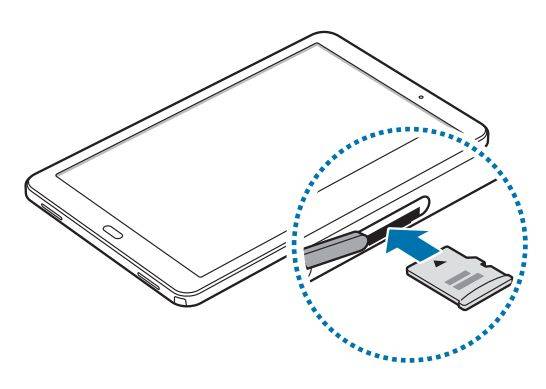 Samsung may no longer have plans to release an update for the first-gen Galaxy Tab S but we’re not worried because we know more new tablets will be coming. First in line is this new Galaxy Tab A 10.1 cousin that is expected to impress the industry with its S-Pen stylus compatibility. Not that it’s the first one but we’re assuming this one will be announced with the latest S-Pen.

The 10-inch device is said to be in the works already as pointed in a user manual on Samsung’s website. The material is in Korean so we can’t share exactly what’s there but the illustration docs show the tablet plus the stylus. Listed online as SM-P580/SM-P585, the series features a 10.1-inch screen, 1920 x 1200 pixel resolution, 1.6 GHz Samsung Exynos 7870 octa-core chipsets, and the usual WiFi, microSD card slot, and Bluetooth.

The new Galaxy Tab S is said to run the latest Android version and topped by TouchWiz UI. Since this is said to support a stylus, it means the Samsung Notes app will also be available. We can also expect the multi-window mode which is already a standard in the newest Android devices.

The new Samsung Galaxy Tab A 10.1 with S-Pen is expected to be anything over $300 because the non-stylus version costs around that figure.