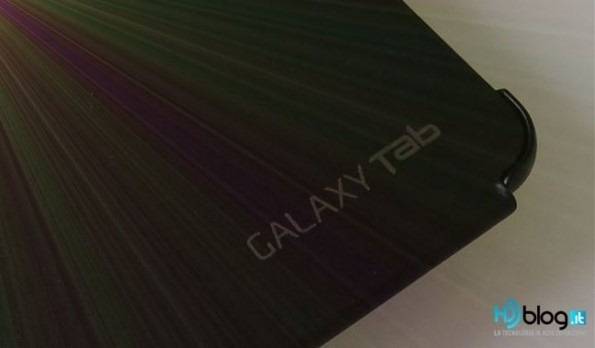 Our friends at Crunchgear are reporting what sounds like the next Galaxy Tab 7″ that will replace the original Samsung Galaxy Tab. We aren’t sure exactly what to call it, but with the current lineup I’d assume they’ll just call it the Galaxy Tab 7″. From what we are reading this may be good news, or bad but it looks like it will basically be a giant Galaxy S II and that isn’t really a bad thing if you look at the specs.

Apparently Samsung has chosen to go ahead and use Android 2.3.4 Gingerbread on the device over the popular and rising Honeycomb for tablets. They do have the 8.9″ and 10″ Tab’s that both run Honeycomb so maybe they are just covering all the bases, that and they spent tons of time on widgets and mail apps specifically for the Tab and I doubt they want it all going to waste. A lot of people will say the original Tab failed mainly because the OS, but Samsung might not feel the same way.

I think Samsung might have a good plan and will release this with either 2.3.4 Gingerbread and update it to Ice Cream Sandwich, or they will launch it on ICS. The next version of Android will be blending Gingerbread and Honeycomb into one beautiful offspring, so the Galaxy Tab 7 could actually have a bright future. Anyways here are a few specs for you to think over:

I did notice the 2GB ROM, this could be a little future-proofing from Samsung so they can fit Ice Cream Sandwich and any sort of Touch Wiz both without issues, they don’t want a HTC Desire issue on their hands. From looking at the rest of those specs it looks to be a nice little device with that IPS display, that powerful dual-core processor that seems to be beating the Tegra 2 as of late and you can even make calls on it. So yes it will be a giant Galaxy S II. When we here more information we will be sure to update you all.