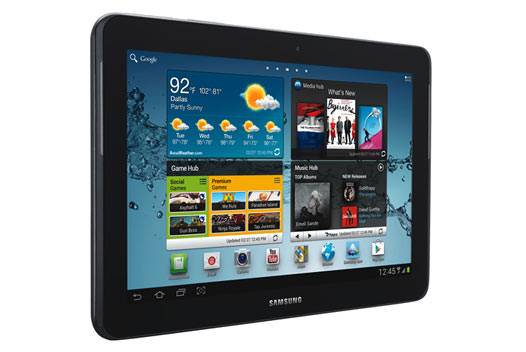 There’s good news and bad news, Samsung tablet fans. The good news is that the Galaxy Tab 2 10.1 hardware is good to go, and you can pre-order one at Office Depot right now. The bad news is that rumor of a delay to implement a quad-core processor has fallen by the wayside: the listing shows the same dual-core hardware that we saw at Mobile World Congress. Bummer.

Office Depot did confirm the rumor that the newer Galaxy Tab 10.1 would be getting a lower price: the 16GB model starts at $399, a full hundred dollars cheaper than the original and well-placed to compete with the iPad 2. The tablets will start shipping out on May 11th, at least according to this retailer. The WiFi version is the only one being offered at the moment, though we fully expect at least one carrier to sell the Galaxy Tab 2 10.1 somewhere down the line.

The Galaxy Tab 2 10.1 is strikingly similar to the original – which is why that rumored upgrade was so compelling. The hardware has changed only slightly, with side-mounted speakers and a MicroSD card slot being the primary differences. Though it isn’t confirmed, the 10.1-inch model almost certainly has the same dual-core TI OMAP processor as the Galaxy Tab 2 7-inch version. The new 10-inch tablet comes with Ice Cream Sandwich installed at launch.