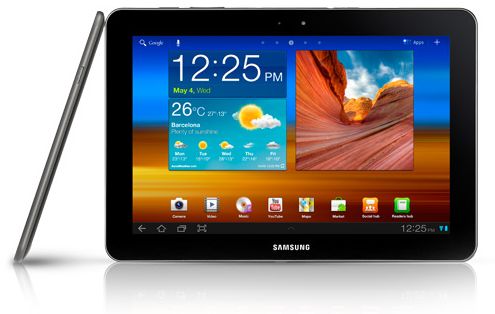 Samsung was hit with a huge fine during its court battle with Apple in a copyright infringement lawsuit last month. Samsung ended up having to pay just a little over $1 billion to Apple, which certainly isn’t chump change by any means. The good news is that Samsung’s Galaxy Tab 10.1 tablet was found not to be infringing on any of Apple’s design patents this time around. However, the tablet suffered a different fate back in June, when the court thought that the Galaxy Tab 10.1 was most likely infringing on Apple’s designs. That was enough to have the tablet banned from being sold in the US.

Samsung has since been asking the court to lift the injunction, since it didn’t find anything wrong this time around. However, it turns out the court is no longer in the jurisdiction to lift the sales ban. When Samsung appealed one court’s decision during the case against Apple, they ended up going to another court for the appeal, which means that the injunction cannot be lifted until the appeal case is over.

Of course, Samsung must feel like one of the unluckiest companies out there right now (besides RIM), since the judge even said that she would happily lift the ban if the case was still in her jurisdiction. However, Apple will still be offering their resistance to get the Galaxy Tab 10.1 banned forever, so even if the ban was eventually lifted, we’d most likely being hearing from Apple again at some point.

The next meeting between Samsung and Apple is December 6, where Apple will most likely be trying it’s best to get eight of Samsung’s devices banned from store shelves, as well as an attempt to get the Galaxy Tab 10.1 permanently banned. At this point, we’ll just have to wait and see what both companies pull out of their hats during the next court ruling.