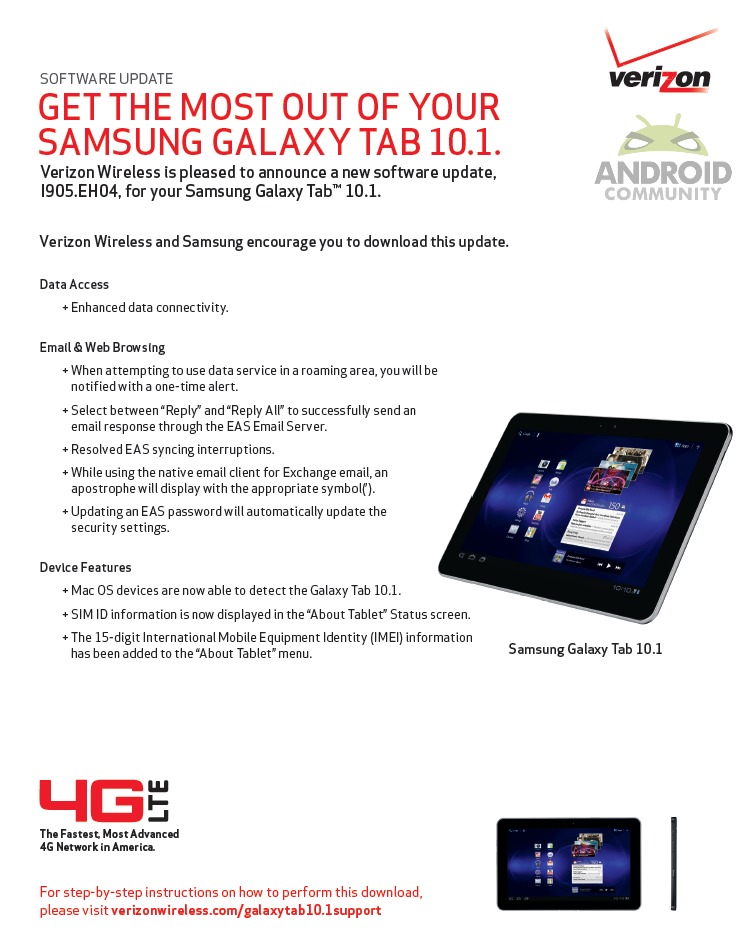 Samsung and Verizon are all prepped to start the OTA (over the air) update for the Samsung Galaxy Tab 10.1 with Verizon 4G LTE (see our review) this week. Sadly the update appears to only be a very minor one that should fix some 4G LTE connectivity issues and a few other bugs.

I know many users (myself included) were hoping this would be an update to Android 3.2 Honeycomb or even the recently released Touch Wiz UX that the Wi-Fi version received but it is neither. This update is a minor software update and nothing more. While I wish we were receiving an update to the stable 3.2 Honeycomb, I’m still happy that they are providing some fixes and hopefully users have a more stable connection following the update.

According to the info provided by Verizon we will see data connectivity enhancements and fixes, then a slew of improvements for email and browsing the web on your Galaxy Tab 10 with 4G LTE. Usually once these update notes appear at Verizon Support the updates shortly follow within a few days so we can expect to see this any time now. I’ll be sure to update once it starts hitting tablets.