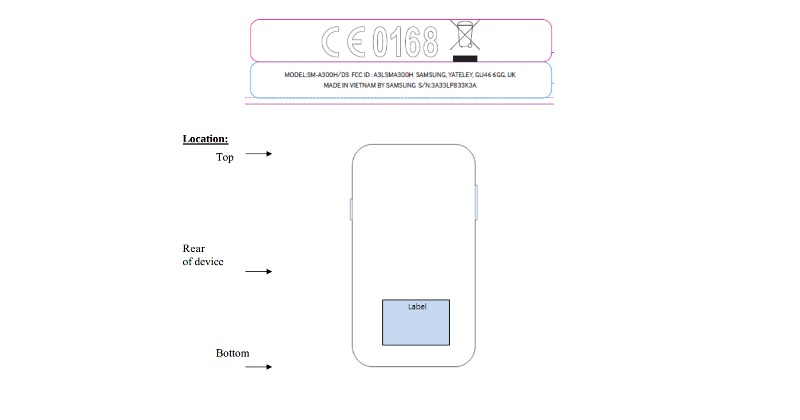 The announcement of Android 5.0, codenamed Lollipop, and the impending arrival of the Nexus 6, Nexus 9, and Nexus Player, has taken up much of our attention these days, enough to distract us from rumors about Samsung‘s “premium only in looks” Alpha family that is yet to materialize in any official manner. To seemingly remind us that it’s still in the running, one of them, particularly the SM-A300H has made its presence known at FCC, but sadly it didn’t bring along with it some 4G connectivity.

This development is both disappointing and yet unsurprising. The three Alpha’s, the A3, A5, and A7 were from the beginning poised to be budget versions of the real semi-premium Galaxy Alpha that recently debuted. Much of the attention has been lavished on the A5, or A500 in some places, with few given to the A3/A300 and even fewer to the A7. This FCC sighting does adds little to our repository of leaks and rumors, unless you consider confusion and disappointment as additions.

Based on a more detailed TENAA listing, the Galaxy A3, or SM-A3000, is the least and smallest of the three. It has a 4.5-inch screen only capable of qHD resolutions. This is pushed by a 1.2 GHz quad-core processor and, somewhat surprisingly, 1 GB of RAM. There’s only 8 GB of internal storage and the camera team is made up of 8 megapixels and 5 megapixels, rear and front respectively. Of course, the selling point of this Alpha series would be its seemingly premium looks, though we have yet to know the exact non-metal non-plastic material that Samsung is said to be using for the device.

That said, the TENAA page lists support for 4G networks, at least China’s bands, so what gives? The answer can perhaps be found in the model numbers. TENAA lists the A3000 while FCC has the A300H. The speculation goes that the latter is the 3G-only variant of the model. There are also said to be a dual SIM versions available. It isn’t yet known if these guesses are on the mark and, if true, which ones are intended for Samsung’s many markets but the SM-A300H’s presence in the FCC implies that, at the very least, a 3G-only model of the device is being considered for use on US networks.

SOURCE: FCC
VIA: Blog of Mobile