We already know what to expect and more from the Samsung Galaxy S9. So far, we know it will have Bluetooth 5.0, new functions, innovations, wireless charger, AKG speaker, and Bixby Vision update among others. The phone will also have slow-mo feature, Intelligent Scan, depth sensing stickers, and a reimagined camera. Some specs have been confirmed already including Quick Charge 2.0, that 3-stack image sensor, and a new internal design. The Galaxy S9 will arrive with S9+ and the S9 duo will be “unpacked” this February 25.

We’re a couple of weeks before the official launch at the Mobile World Congress but we’re expecting more information will be shared. The phone, specifically SM-G9650, has been sighted on the AnTuTu. It’s the Galaxy S9+ variant and according to this post on Weibo, the device runs Qualcomm Snapdragon 845 processor, Adreno 630 GPU, 6GB RAM, 64GB onboard storage, and 2220 x 1080 pixel resolution. We’re guessing it will also be bezel-less and will have dual rear cameras. 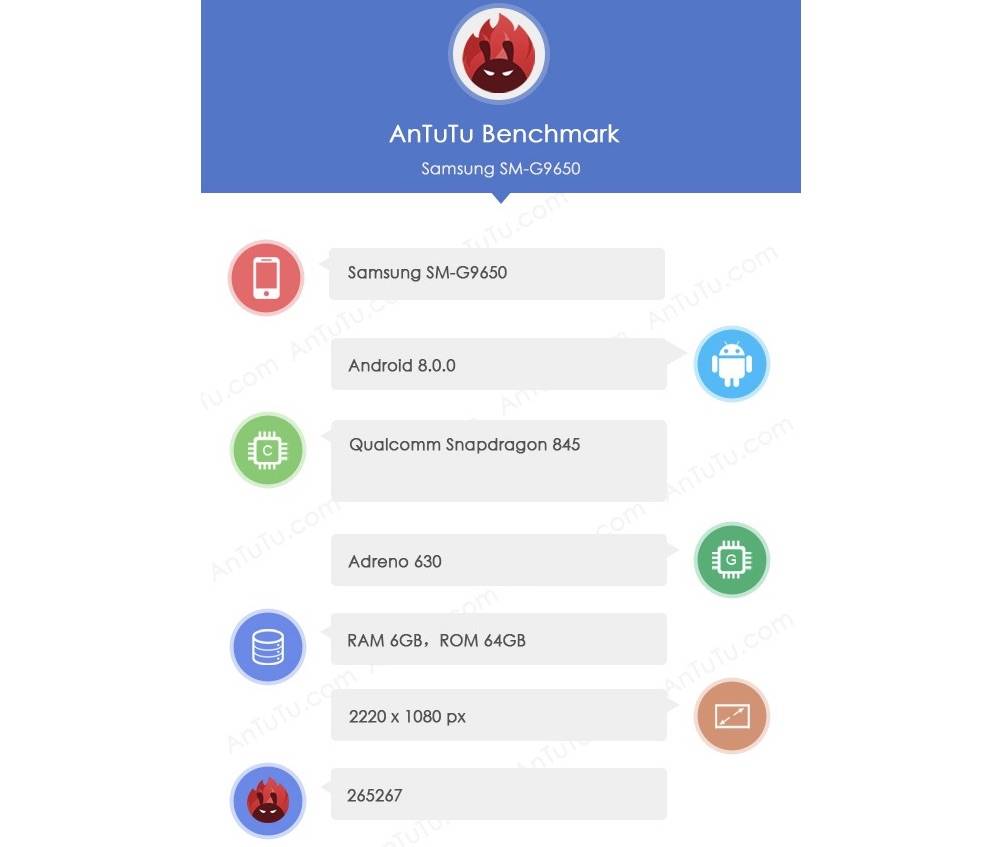 The Samsung Galaxy S9+ scored 265000 on the AnTuTu benchmark (265,267 exactly). Note that the Samsung Galaxy S8+ equipped with Snapdragon 835 chipset scored 170,000 last year so we’re assuming the S9+ will be more powerful than ever. The number is impressive but it may still change in the future.