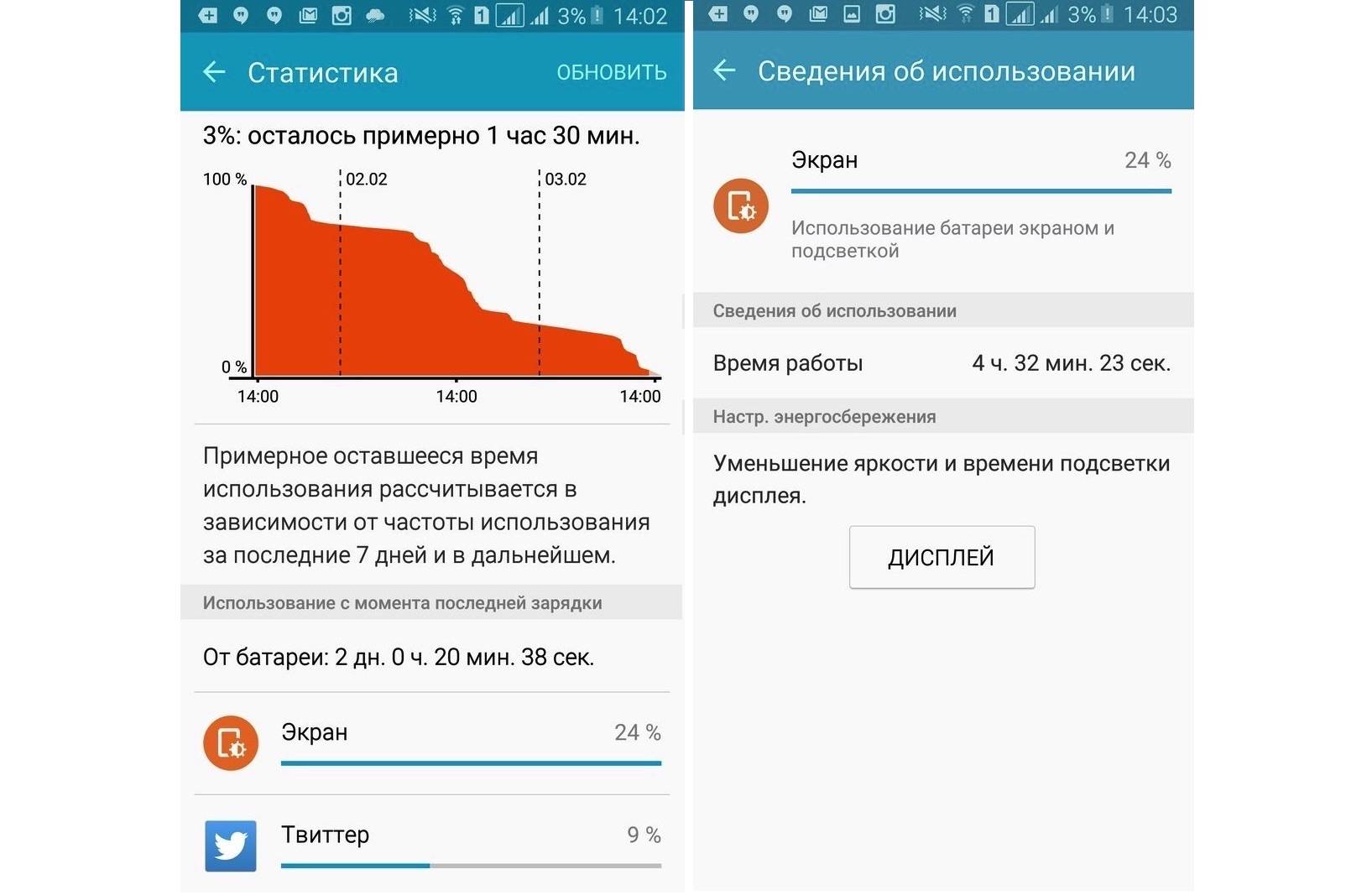 Screenshots of what is believed to be some information about the upcoming Samsung Galaxy S7 have been shared over on Twitter. Eldar Murtazin of Mobile-Review.com posted the images that show how long the battery can last. The Samsung Galaxy S7 can go from 100% to three percent in two days under normal phone usage according to him who also said just the other day that the Galaxy S7 video can last up to 17 hours with maximum backlight on.

There is also information about screen-on time which can go up to 4.5 hours. All these numbers tell us the new generation Galaxy S7 can work very long even when display brightness is set at 75%, with 3GB RAM is running, LTE connectivity is always on, and two SIM cards are enabled. The new Galaxy S7 is also believed to have a 3,000mAh batt while the S7 edge+ might be powered by a 3,600mAh battery.

Eldar Murtazin is no stranger to the Android community. He freely shares rumors and leaks ahead of launch. He’s not a frequent sharer unlike Mr. OnLeaks himself Steve Hemmerstoffer, a serial leaker and tech leaks expert. We just know that when Murtazin says something, we listen intently and somehow believe.

The Russian technology blogger usually gets his hands on devices ahead of launch in the past so he is one believable source. There is a possibility that the screenshots he shared online were from a Galaxy S7.