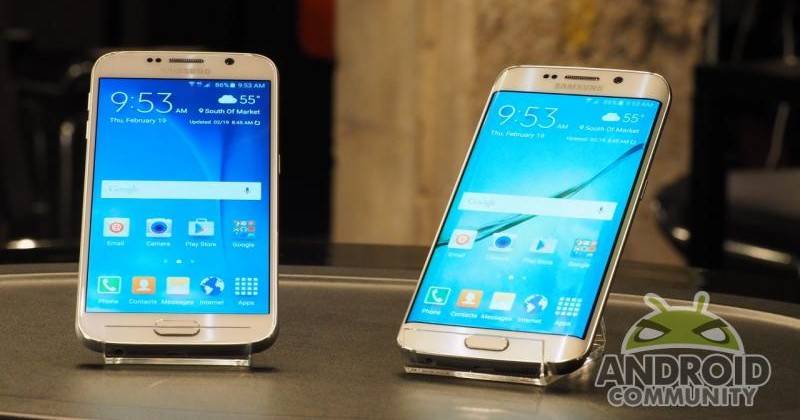 Samsung Electronics has more reasons to celebrate as its latest flagship Android devices received a total of 20 million pre-orders. That’s a record high for the South Korean tech giant who is hoping that the two new models will exceed the past smartphones particularly the Galaxy S4 and Galaxy S5. The first country to receive pre-orders of the Galaxy S6 and Galaxy S6 edge was the Netherlands.

Information about the record-breaking pre-order came from an unidentified Samsung executive. He said that the Galaxy S6 received 15 million orders while the Galaxy S6 edge got 5 million from various mobile carriers all over the world. In Europe, the contract-free entry level Galaxy S6 (32GB) is priced at 700 euros (about $759) while the S6 edge is 850 euros ($921).

Shin Jong-kyun, Samsung Electronics’ Mobile Chief, shared with the Korean media during the MWC last week that the response to the two new Galaxy models was better than before and as expected. He noted that pre-orders “are really huge”. This is good news for a big company who suffered huge losses the past few months in the high-end phone category.

This year, Samsung is said to launch an aggressive promotional campaign to market the Galaxy S6 and Galaxy S6 edge, hoping to making a lot of money before Apple outs the next iPhone model.

The Galaxy S5 wasn’t exactly a winner compared to the Galaxy S4 but the S6 and S6 edge seem better with the Exynos 7420 processor, more memory, and the flexible OLED display screen. More than a week after the official launch, the two latest Galaxies have scored highest in a recent processor benchmark.

Do you think the Samsung Galaxy S6 and S6 edge will beat the past Galaxy models?