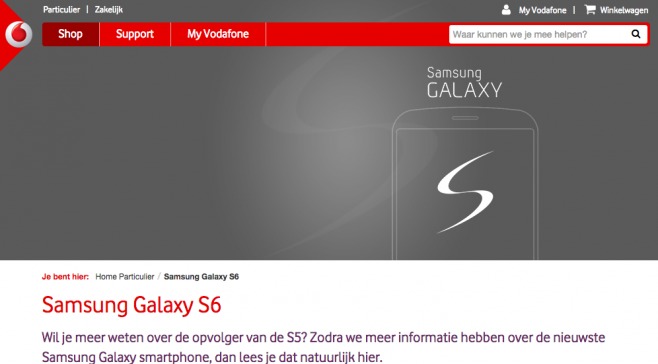 Everybody is excited and prepping for the launch of Samsung’s newest flagship smartphone, the Samsung Galaxy S6, and local carriers like Vodafone in Netherlands is no exception. Well, they’ve all but confirmed that they will be carrying the latest flagship phone – but a not-so-cursory look into the source code of the same website shows that they might also carry one “Samsung Galaxy S Edge”. Whatever might that be?

We feign our surprise, but of course, we know that the Galaxy S Edge might be the new Samsung smartphone that features additional curved displays on its edges – just like the Samsung Galaxy Note Edge. There are a few surprises at the naming convention, mainly that it dropped the “6” – maybe to signify that it is the first of its kind. 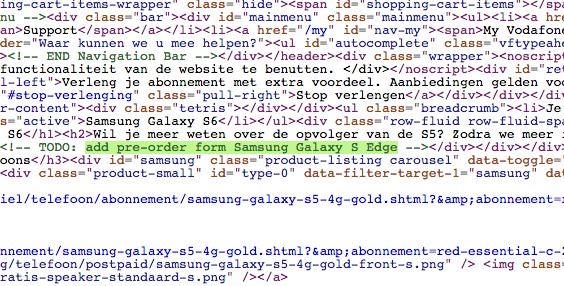 Of the Galaxy S6, we already know a lot about, mainly from the numerous leaks that have come out regarding the new and upcoming smartphone. Samsung is slated to unveil the new flagship on the first week of March at the Mobile World Congress 2015 in Barcelona. 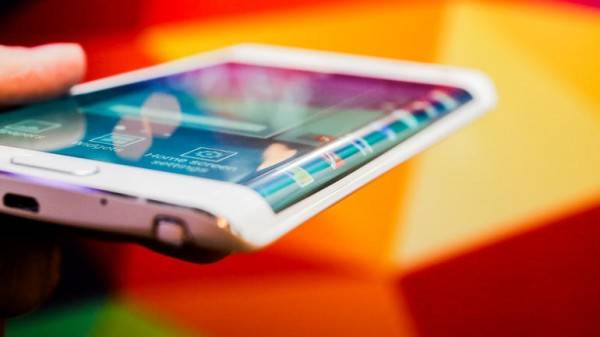 Until then, we all would have to hold our collective breath to see if Samsung would indeed come out with the Galaxy S Edge at the MWC stage just barely over a month from now. Barring a denial from Samsung, we kinda expect it to be so. Are you guys excited?