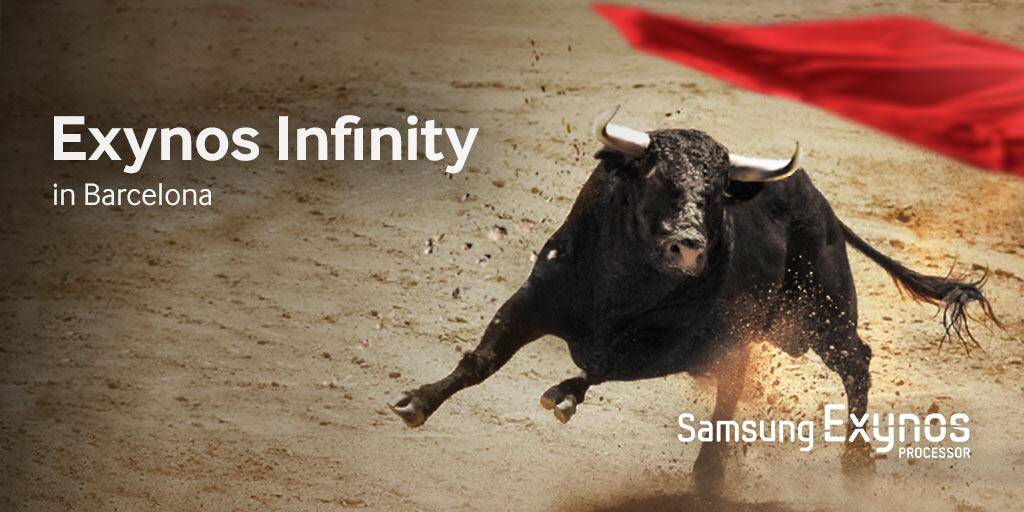 Samsung has just posted on Twitter that it will be revealing a new mobile chip innovation at MWC 2014 next week. With nothing except the words “Exynos Infinity”, Samsung’s next chip could feature any of the half a dozen things that the company is rumored to have planned.

The last quarter of 2013 has been a busy period for chip makers like Samsung and Qualcomm after Apple debuted its 64-bit processor in the iPhone 5s. Since then, the companies have been giving statements, leaks, and hints about their future designs. Naturally, being Apple’s biggest rival, Samsung has been reported to be working on a 64-bit ARM-based chip. Indeed, it practically confirmed that much and even disclosed that it is looking into designing its own 64-bit chip in the future instead of basing them from ARM’s Cortex designs.

The Exynos Infinity could very well be the first of Samsung’s two-part 64-bit plans, but even then a lot of things about this chip remains a mystery. Samsung was reported to be working on a 64-bit chip that employs a 14 nm manufacturing process, a considerable reduction compared to the current 22 nm process commonly used today. It could, however, simply be a regular 32-bit Exynos processor, complete with Heterogeneous Multi-Processing.

Whatever form this Exynos Infinity might take, it is expected to debut on the upcoming Galaxy S5, itself the subject of many speculation and rumors. We will definitely hear the real deal when we get to see Samsung take off the veils from both products at MWC 2014 in Spain.