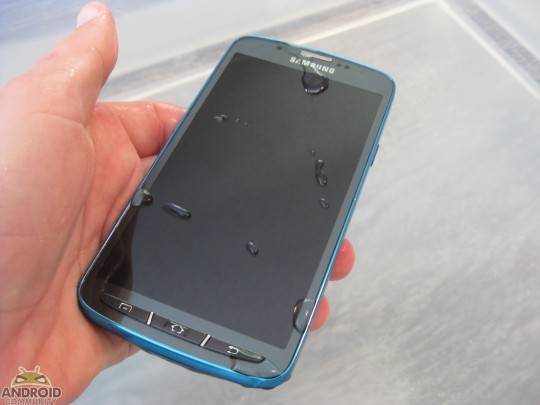 Samsung has the Galaxy S 4 and the Galaxy S4 Active. Both sport many of the same features, however the latter is a model that is able to withstand some water. Aside from being fairly comfortable in water, the Galaxy S4 Active also has a different appearance. Based on reports of success from the S4 Active, it looks like Samsung will be bringing some additional Active models in the future.

The details on the Galaxy S5 Active are a bit lighter, of course, there is plenty of time before Samsung is expected to even announce the regular model Galaxy S 5. This brings the next topic here. Should Samsung be pushing a regular and Active model for each phone? Or should they simply go the route Sony has gone?

There was once a time when having a waterproof phone meant having an unattractive and bulky device, but that is not the case these days. Well, not always the case anyway. Going back to Sony, their handsets appear to have a regular non-waterproof design. The Galaxy S4 Active, while different in looks from the non-Active S 4 is not all that bulky or unattractive either.

Then again, while on one hand we are hoping to see Samsung go the route of Sony with waterproof handsets in the future, there is something to be said about having a separate model — there should be less confusion in terms of whether your particular model is waterproof. Of course, if they were all waterproof that would not be an issue.

Anyway, based on what we have seen with the S4 Active, these reports do seem believable. Still, we do have to remember that nothing is official until announced by Samsung.