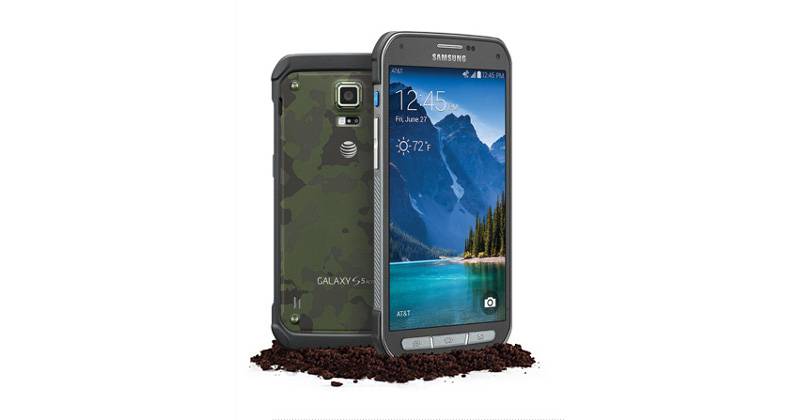 The Samsung Galaxy S5 Active has been exclusive to the US market since May but it’s only now the smartphone is coming to Europe. It was an AT&T exclusive at first but it reached other network carriers and Canada as well. The rugged version of the Galaxy S5 comes to Europe with the same specs and design.

Oh, there’s just one thing the Galaxy S5 Active doesn’t have compared to the original Galaxy S5: this doesn’t come with a fingerprint scanner. However, it has is a special key to access the Activity Zone where commonly used features like stopwatch, flashlight, and camera shutter button are located.

The Samsung Galaxy S5 Active for Europe will come in either Camo Green or Titanium Grey. The latter may look rugged alright but the Camo Green looks more kick-ass. It’s one tough phone. It’s IP67-certified which means it can resist dust and water. The military-grade phone also complies with MIL-STD 810G standards—so yeah, it’s ready for rough and tough use.

No information on release date but phone is initially priced at €629 which is about $796 in the US. The European Galaxy S5 Active seems to be a bit expensive because in the US, AT&T is offering a no-contract Galaxy S5 Active for $714.99. Still, the Active version is higher priced than the Galaxy S5.