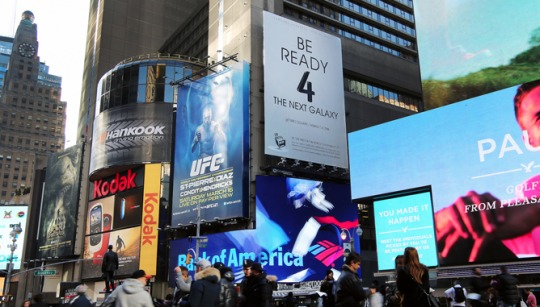 The Galaxy S4 announcement may be coming up soon, however that doesn’t mean the leaks and rumors will stop. In fact, it looks some additional Galaxy S4 details have recently leaked. Keep in mind, these details are not official until we get the word from Samsung. But on that note, this latest leak does include a few pieces we hope to see come true. Just to begin with, we are now talking floating touch, a green PHOLED display and more.

Lets kick things off with the green PHOLED display. Aside from a rather interesting sounding name — this could mean a nicer display to look at and also slightly better battery life due to its efficiency. Apparently the green PHOLED technology will be about 25 percent more efficient as compared to the previous Galaxy S display.

The other interesting bit is the floating touch technology. This is expected to be similar to what we have seen on the Xperia Sola smartphone. Basically, you will be able to sort of hover over the display without actually touching it. One potential use would be to hover your finger over an image gallery to get a preview of the pics on the inside.

Coming with this latest round is also some additional talk of the Samsung Orb. This looks to be a 360 degree camera feature, which will basically be the Samsung version of Photosphere. Otherwise the Galaxy S4 is expected to launch with Android 4.2.1 Jelly Bean and receive an update to 4.2.2 “in the same month of release.” As for the update, lets just say those picking this up with a US carrier — you may want to get used to 4.2.1 and not count on an upgrade quite that soon.