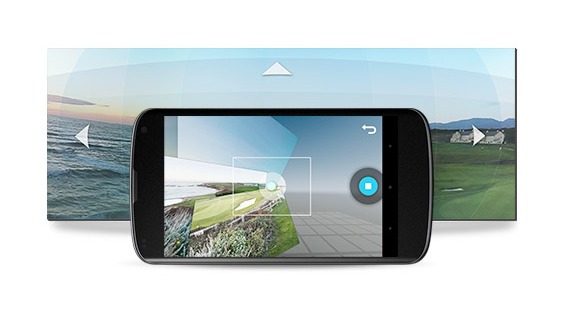 Samsung’s upcoming flagship Galaxy S IV smartphone is still somewhat of a mystery, but some new rumors are floating around that the company will have their own version of Google’s Photo Sphere. Instead of just taking a panorama photo, why not take a complete 360 degree view from all directions. Photo Sphere might not be perfect, but it’s one of our favorite features of Android Jelly Bean.

New rumors have surfaced reportedly from a Sammy engineer stating they’ll have their own camera technology to rival Google‘s. They’ll be calling this Samsung Orb and will work beautifully with the 13 megapixel camera in the Galaxy S IV, and probably will arrive in an update to some of their older devices like the Galaxy S III or Note II.

According to AndroidGeeks this feature will even be better than Google’s own, which debuted with the Nexus 4 and Android 4.2 Jelly Bean. Their tipsters goes on to mention that the Galaxy S IV’s amazing camera will be one of many reasons as to why it will be better than what Google is offering today. Interesting right?

It sounds like the Galaxy S IV will also be announced running Android 4.2 Jelly Bean, instead of the older 4.1 so that’s another plus. The tipster does mention Samsung Orb is in beta and might not be ready be announcement date in March. If so we can expect an update to deliver the amazing feature and more shortly after launch. I’m getting more and more excited for the Galaxy S IV as the day grows near. Who is holding out for the Galaxy S IV, or will you wait to see the X-Phone first?