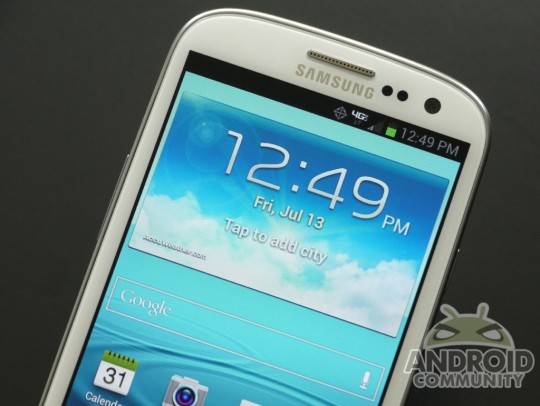 The flagship Samsung Galaxy S III smartphone has been available long enough that it’s time we start focusing on its successor. We’ve been hearing whispers and rumors regarding the Galaxy S IV for a few weeks now, but today the details just got a bit more interesting. Reports of a February launch complete with a 13 megapixel camera and more.

We first reported on some leaked details last week, stating a 4.99-inch 1920 x 1080p full HD display with 441 pixels-per-inch, but now we’re hearing even more. According to a few tips, as well as the guys at GSMarena, the Galaxy S4 will launch in late February after Mobile World Congress and come with some stunning specs.

Reports are suggesting Samsung will toss their Exynos 5450 quad-core A15 processor inside this beast. That’s double the 5250 inside the Nexus 10. Equip it with a 13 megapixel rear camera, and of course we’ll enjoy Android with that 4.99-inch true HD Super AMOLED display. Initially we heard strong evidence that the Note II would feature that 13 megapixel camera but supply couldn’t meet Samsung’s demand, so it looks like this time around they’ll be straightened out.

Obviously we’ll be taking these rumors with a grain of salt for now, but they very well could turn out to be accurate. Samsung’s past Galaxy devices have been announced in March and April, beat by a few months by HTC and others at CES and MWC, so this year they could very well aim for February and beat all their competition to the market. We’ll report back if we hear any further details. Who’s excited about this powerhouse smartphone?