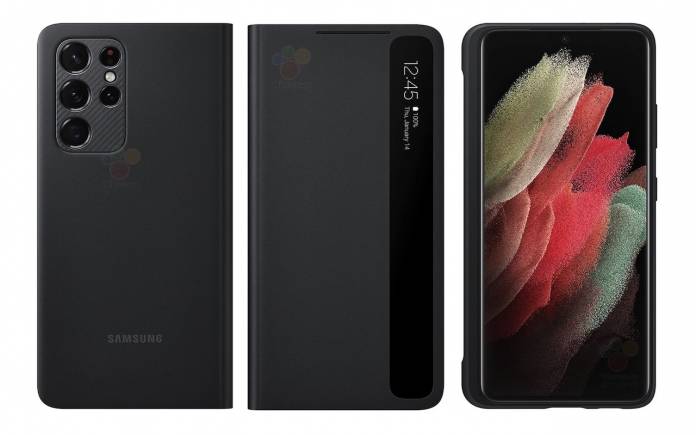 Samsung has once confirmed that it’s extending the Galaxy Note experience to other Galaxy lines. The first lucky recipient will be the Galaxy S starting with the upcoming Galaxy S21 Ultra. Only the Ultra variant will offer S-Pen stylus support. The regular Galaxy S21 and Galaxy S21+ will not come with it. You’d think the South Korean tech giant would already discontinue the Note series but it won’t. The Galaxy Note 21 will still be introduced in the second half of this year.

The S Pen will work on the Galaxy S21 Ultra. It doesn’t mean though the phone will arrive with one out of the box. Samsung is only adding S-Pen support so you still need to get the stylus separately. It costs under $50 (40 euros).

Samsung is also offering a special plastic cover and a flip cover for the phone that will include storage for the S-Pen. The image above show the possible design of the yet-to-be-announced Galaxy S21 Ultra and accessories. Samsung has done something similar when it launched the Galaxy Tab S7 tablet with S-Pen support.

Samsung has teamed-up with Wacom to work on the S-Pen’s digitizer technology and pressure-sensitive tip. It’s slightly different from the Galaxy Note’s S-Pen but you can still use it to scroll through a documents or presentation, click to take photos, or start and stop a video for playback.

The company is also implementing gestures with the help of an integrated accelerometer. Even without the stylus touching the screen, a user can navigate through the phone or turn the volume up or down.