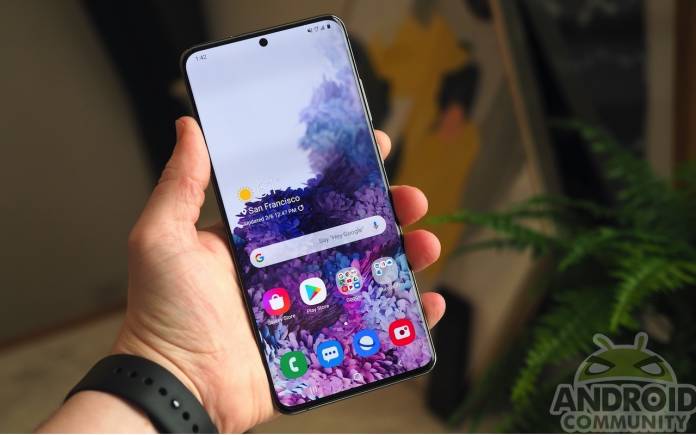 The Samsung Galaxy S20 Ultra on paper is supposed to have one of the best mobile cameras around. However, in reality, there’s a huge autofocus problem that users were complaining about. Now it looks like they’ve succeeded in fixing this and the update is rolling out to the Snapdragon models in the U.S., although for now it’s only the unlocked versions that are getting it. The Galaxy S20 and Galaxy S20+ are also getting the update although it’s unclear what improvements they are receiving as well.

The update actually rolled out earlier last week to the Exynos-powered models outside of the U.S. and now, according to SAM Mobile, it’s the Snapdragon-powered devices’ turn to receive it. The unlocked variants of the Galaxy S20, Galaxy S20+, and Galaxy S20 Ultra are getting the firmware with build number G98xU1UEU1ATCH. What the update brings is an improvement on the focusing speed on the Ultra. The changelog also mentions improved camera for the other two devices, although there are no details.

The specs of the GalaxyS20 Ultra should have made it one of the best mobile cameras around. But users who were able to get the smartphones ahead of time complained that the autofocus was unusually slow, making it difficult to capture images or videos quickly. So last week Samsung released an update to fix that, even before the device has reached the market in some territories. This is actually the second firmware update for the Galaxy S20 line.

The supposed camera improvements on the Galaxy S20 and Galaxy S20+ may not be true since there are no users talking about it. It may just be a copy/paste of the changelog for all the three models. In any case, having the latest firmware for your device is almost always better.

The Galaxy S20 owners who are connected to carriers will have to wait a little longer as none of the U.S. ones seem to be rolling out the update just yet. Unlocked versions should see the notification over the next few days and hopefully, the carrier versions will also receive it sooner rather than later.