The question whether a 3.5mm headphone jack still exists on a premium flagship phone is always asked. We know several smartphones that don’t have it like the Sony Xperia XZ2, HTC Bolt, and the OnePlus 6T. More phones may not have it like the Nokia 9. As for Samsung, it’s been contemplating removal of the headphone jack in future products since 2016. We said the South Korean tech giant will remove the headphone in the next Galaxy flagship smartphone–the Galaxy S10.

It’s about time Samsung removes the 3.5mm headphone jack but looks like the 10th Anniversary Galaxy flagship will still have it. This protective case shows a hole for the said headphone port. 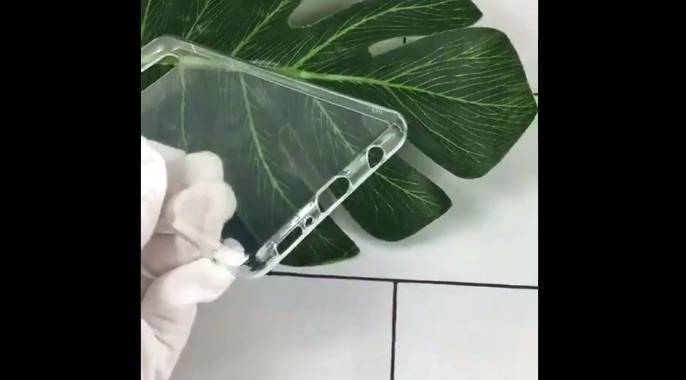 Our favorite Chinese leakster Ice Universe (@UniverseIce) shared these images of a clear protective phone case believed to be for the S10. It could be for a prototype model but we’re assuming the phone specs and dimensions have been finalized.

There may be some changes but they will be just minor. The hole at the rear is long and horizontal similar to the vertical camera setup of the Galaxy A9 with quad cameras.

The Samsung Galaxy S10 is highly anticipated. We believe it will come in three variants plus maybe another one–a 5G model. Let’s wait and see for the Galaxy S10 with or without the 3.5mm headphone jack.