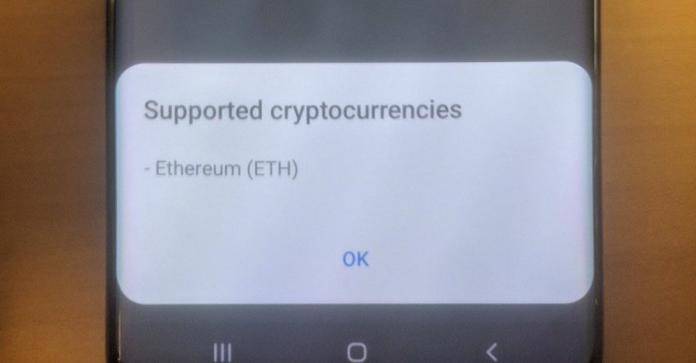 It’s less than a month before the much-awaited Samsung’s Unpacked 2019 event. The South Korean tech giant is launching the Galaxy S10 phones before the doors of the Mobile World Congress open. We can expect MWC will be abuzz with people talking about not only the new S10 phones but also new devices from other top OEMs. We’re just anticipating for Samsung’s phone offering because it’s the company’s 10th Anniversary Flagship which has been a favorite subject since April last year.

Many things have been said about the Samsung Galaxy S10 Series but the idea that it will feature a with crypto wallet is new. The idea was from @GregiPfister89 who shared an image of an alleged Samsung Galaxy S10 with the ‘Set up your wallet’ menu opened.

The phone shows how to set up the wallet on the new Samsung phone including how to import an existing wallet and creating a new one with the Samsung Blockchain KeyStore. The supported cryptocurrencies are listed but we can only see Ethereum (ETH) for now. Bitcoin may definitely be supported as well.

Cryptocurrency isn’t exactly a standard because many people still have some reservations. Samsung is embracing this change by launching the Samsung bitcoin app. It is said to be safe and secure for cryptocurrencies.

Samsung’s very own cryptocurrency wallet may further the public’s interest in cryptocurrency–or not. It’s not the only crypto wallet we know since the Blockchain fever was introduced to us last year by HTC.

A Samsung Blockchain KeyStore is shown off in the image below. It is said to work with any existing wallet you have but you can also make a new one. We’ll confirm everything next month on February 20. 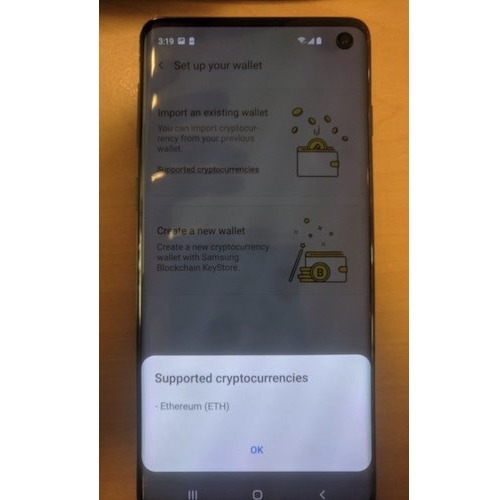