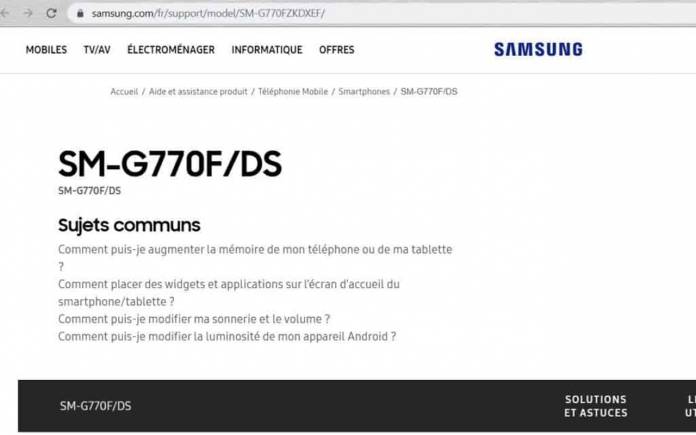 Some information was also spotted on Samsung’s official website. On a support page, there is a mention of a Galaxy S10 Lite. We’re seeing the support page first before the official product announcement.

Why would Samsung launch an S10 Lite when the Galaxy S11 is only a couple of months away? We’re not sure but this could be a mid-range offering. It is known as model SM-G770F. It will arrive in the Netherlands with the official launch happening soon.

The support page doesn’t say much but the Galaxy S10 Lite is there and it will be released soon. It can be assumed the South Korean tech giant will make an announcement just before the end of the year together with the Galaxy A51 or Galaxy A71.

When it comes to specs and features, the Samsung Galaxy S10 Lite is believed to come with a Qualcomm Snapdragon 855 chipset, 8GB of RAM, and a 4500mAh capacity. Those are premium already so we guess it won’t be a mid-range phone after all. Let’s just wait and see.