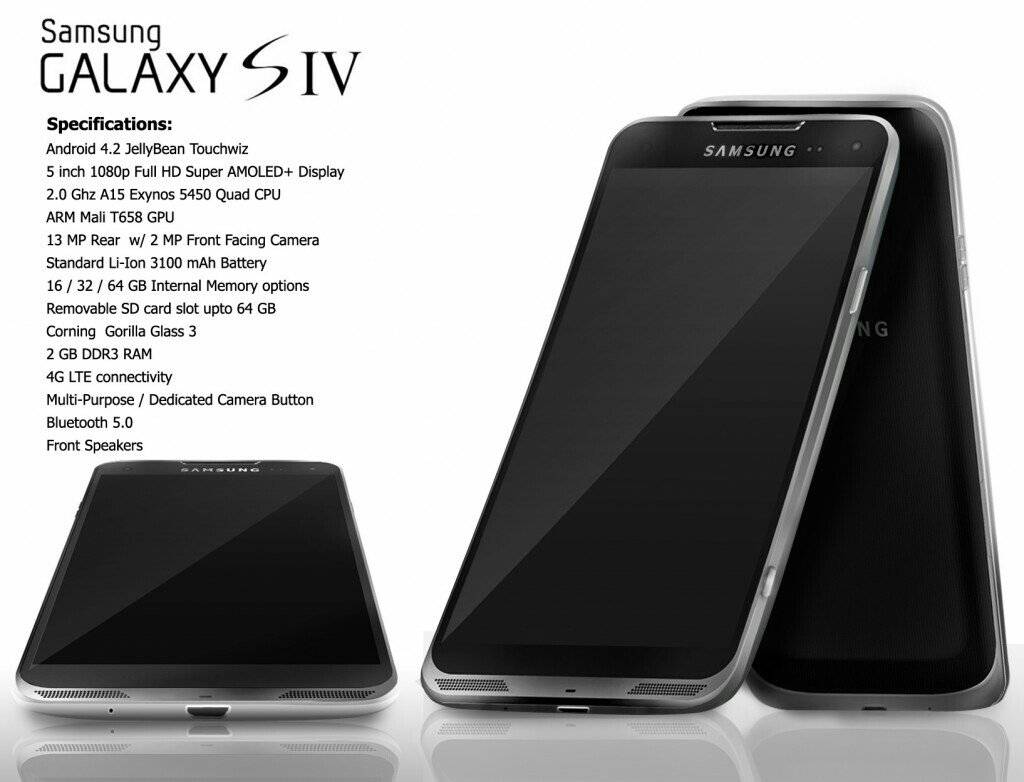 The latest Galaxy S IV render has surfaced and what can we say, it looks rather interesting. This time around we are seeing some specs as well as getting a look at the handset from a few angles. The specs have been seen before and appear to include the full run down such as the 5-inch 1080p display, Exynos 5450 processor and Android 4.2 Jelly Bean.

Interestingly enough, this render appears to show the Galaxy S IV as being metal and with front-facing speakers. The usual sensors seem to all be in place, not to mention the charging port and front-facing camera. The front-facing speakers look decent and just for comparison sake, the Galaxy S III has the speaker on the rear. Other points of the render include the handset as having a dedicated camera button (which would be nice to see) as well as a lock button and volume rocker.

Coincidentally, while this render doesn’t match up with the previously leaked press render, it does follow the patten of having the volume rocker moved to the opposite side of the handset. If we had to venture a guess, the previous render seems a bit more believable. On the flip side though, this render is probably more of what we would like to see announced.

Otherwise, you can see the full spec list in the above image and from what we are reading — aside from a difference in the battery size, the remaining goodies seem to mirror the earlier rumors. The Galaxy S IV was previously said to have a 2600 mAh battery while this list has the battery as being a Galaxy Note II matching 3100 mAh. Again, if we had to pick, the 3100 mAh battery would be much nicer. So how about it, anyone think this is what Samsung plans to announce, or will this end up being just another render made by those who are dreaming?