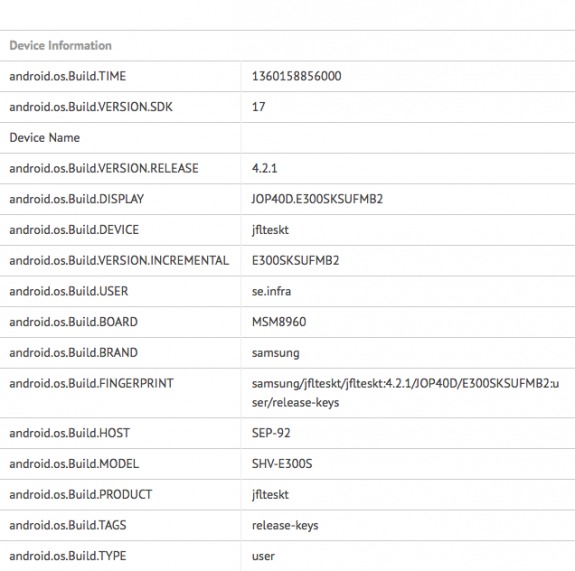 A new benchmark has leaked that is supposedly for the Samsung Galaxy S IV. The model number on the benchmark is SHV-E300S, which is the same model number as the previously tipped Korean Samsung Galaxy S IV. What’s surprising is that it looks like the S IV won’t be carrying an Exynos 5 Octa processor like the rumors have said, and instead will carry a Qualcomm MSM8960 Snapdragon S4 Pro quad-core processor.

The benchmark says that the Korean variant of the Samsung Galaxy S IV will have a 1.9GHz Qualcomm MSM8960 processor, Adreno 320 GPU, and will be running on Android 4.2.1 Jelly Bean. The benchmark could just be a fabrication because we don’t see why Samsung would stick a Qualcomm chip inside its flagship smartphone, especially since they’ve got everyone hyped up on their 8-core Exynos 5 Octa processor.

It’s highly unlikely that Samsung would choose a Qualcomm processor over its Exynos processors for its flagship smartphone, so we’re going to classify this as a rumor. We should be getting the full details of the device on March 15th when Samsung announces it at their Mobile Unpacked event.