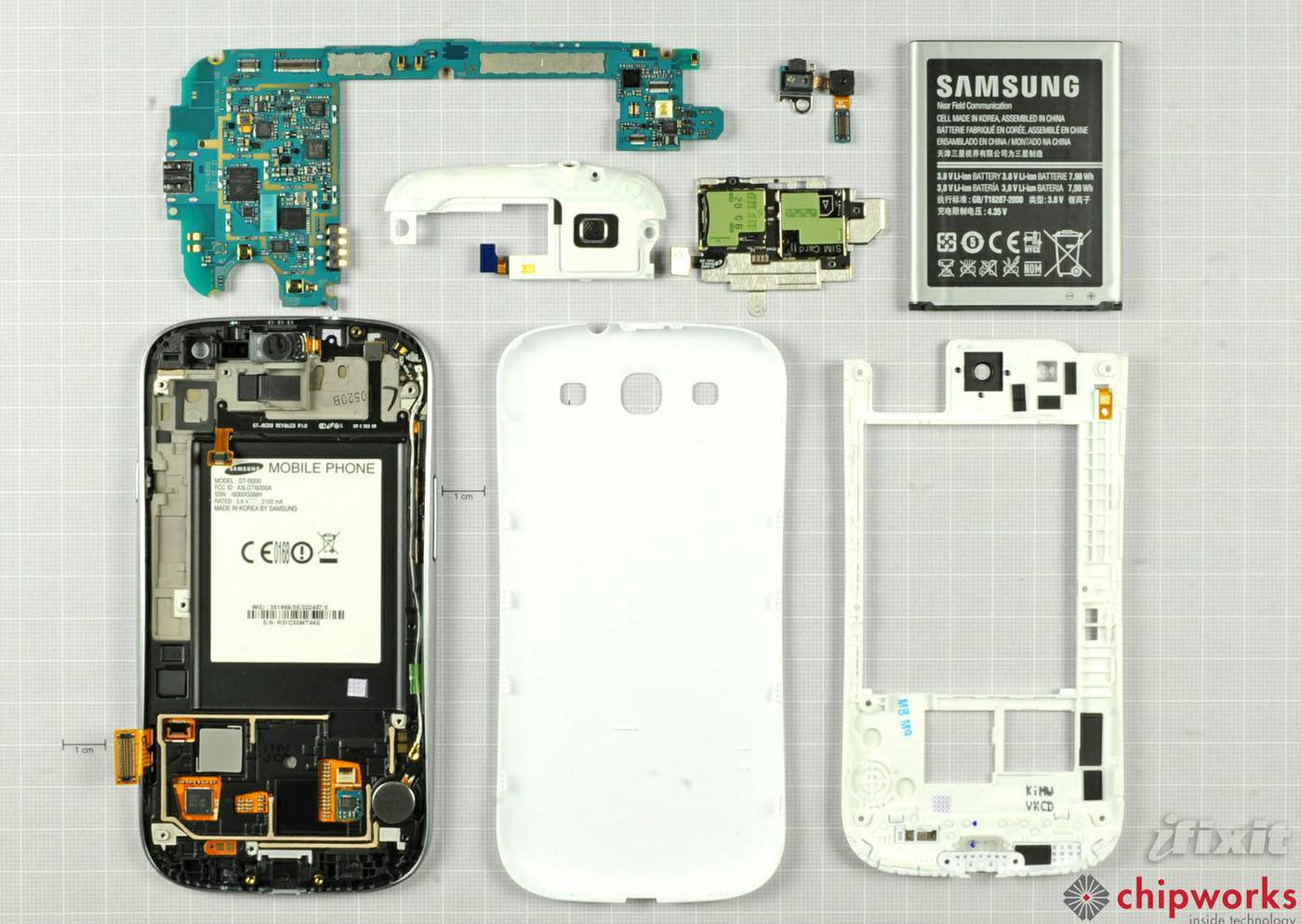 Rumor, leak, speculation, pre-announcement, announcement, release, root, recovery, custom ROM, waiting for new software releases, replacement. Such is the life cycle for a modern Android phone (though not necessarily in that order). For major phones, a teardown from the dedicated folks at iFixIt has also become pretty commonplace, and the latest to get the treatment is the Galaxy S III.

There’s nothing particularly surprising inside the GSIII – everything’s just a little bigger and a little thinner than we’re used to seeing on a slate phone. Getting the thing open doesn’t even require any normal tools, just a standard Phillips screwdriver in a small size and something to lever the plastic. Configuration is very similar to the Galaxy S II and Galaxy Nexus, with an inner plastic brace separating the electronic components from the battery bay.

Interestingly, there’s a large among of components embedded into the (probably) magnesium frame just below the motherboard. The camera module gets its own separate plastic piece. Based on the photos and descriptions, it should be fairly easy to repair hardware failure for those with the know-how – much more so than, say, the DROID RAZR. Hardware-based mods should be at least as easy as other phones, though with an integrated wireless charger coming, it’s hard to see what else you could add.