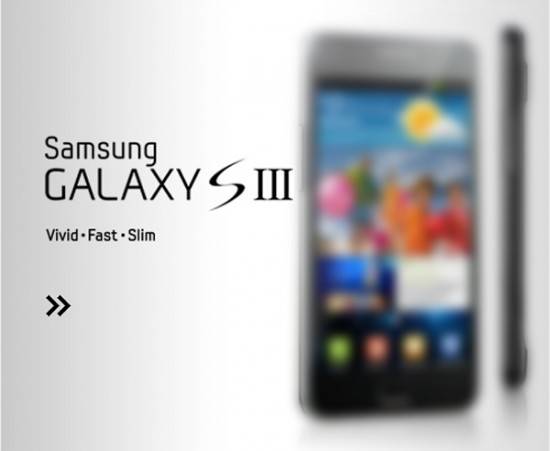 I know we all love leaks and rumors but sometimes a few appear that just make me laugh. While the details and information I’m about to pass along below very well could be true and accurate, lets just say take all of this with an extremely large grain of salt. According to some details from the world of 4Chan we have some more information on not only the Samsung Nexus Prime, but also the upcoming Galaxy S III.

I’ll start with the Galaxy S III because that is new and fresh. According to the details and rumors recently unveiled we just might be seeing what we can truly call a “superphone”. The Galaxy S III might feature an impressive 2.0 GHz quad-core processor most likely made by Samsung, 1.5GB of RAM, 32GB internal storage as well as an SD card for expanded storage. A bright and amazing 4.65″ 1280×1024 resolution HD Super AMOLED III display. The awesome specs that I’d love to see don’t stop there — we also may be greeted with a 10 MP camera on the rear and a whopping 2250 mAh battery to last all day.

Obviously this is still at least 3-6 months out with the Galaxy S II just barely starting to hit the shelves starting today. We can also expect Android 2.4 (or 4.0) Ice Cream Sandwich and an all aluminum design. While these specs seem a bit unbelievable at the same time I could also see this being realistic. Who wants one?

Next up is more Samsung Nexus Prime or DROID Prime news. We’ve heard everything under the sun regarding the upcoming Android ICS next-gen phone but we’re always up for more rumors right? According the the same depths of 4Chan we are also getting some nice details on the Samsung Galaxy Nexus — yup no Prime.

According to sources the Galaxy Nexus was actually out and in the wild and he received some hands-on time with the bad boy. Coming in with a similar 4.65″ Super AMOLED display with a 1280×800 resolution, claiming it looked very similar to the Nexus S with the curved glass, only bigger and shaped more like the Galaxy S II. Lining nicely with previous rumors it’s said to have the Samsung Exynos processor cranked up to 1.5 Ghz, come with 1GB of RAM, a 2000 mAh battery and also have a brushed aluminum back rather than the usual Samsung plastic battery covers. Even better is its decently thin coming in around 8.8mm thick.

Apparently Verizon passed on the SGSII to get the exclusive rights to the Samsung Galaxy Nexus and Android 2.4 Ice Cream Sandwich first. Yes we are hearing it will indeed be called Android 2.4 Ice Cream Sandwich. The tipsters hands on time had him mightily impressed. Saying the application tray had three tabs up top for Apps, Games, and Widgets for quick and easy access to not only selecting apps but also choosing and placing widgets on the homescreen. There was also talk about being able to name more tabs to single down apps in the tray to say “Sports” or “News” almost like folders but in a much cleaner and productive way.

With major improvements to the app tray, browser, and overall UI everything seemed very smooth and polished and like Google’s really stepped it up.

Now I’ll mention this one more time — take all of this with a grain of salt. I do read these specs and get a little excited not to mention that warm and fuzzy feeling you get when a new phone is coming soon. What do you guys think? We would love to hear your thoughts and comments on these recently leaked rumors.