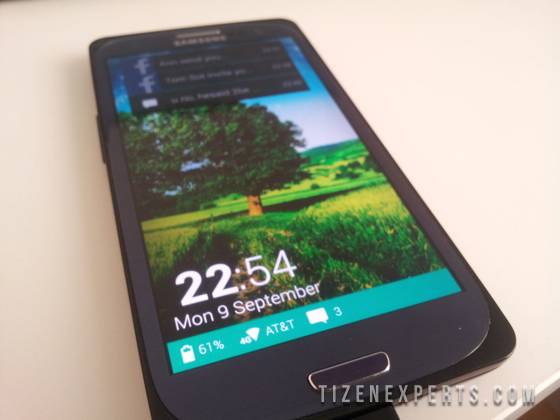 Yesterday we shared some new details and news regarding Samsung’s mobile operating system Tizen. After a long silence lately it has been appearing more and more. Initial reports suggested it had been canned, but yesterday we saw a Galaxy S 4 sporting the new OS, and now it appears the Galaxy S III from last year is enjoying the same.

The images today of a Galaxy S III running Samsung’s Tizen OS 3.0 aren’t too different from what we’ve already seen, and doesn’t really tell us anything new. The Linux-based operating system was being worked on by Samsung and Intel, and looks like a mix of Windows Phone, Android, and Bada. The last being Samsung’s attempts at a mobile OS before Android came along and took over.

The icons on the lockscreen have a very familiar look, and we can tell Samsung and Intel are putting in a lot of effort to polish up this operating system. Recent reports suggested Samsung could have scrapped the entire plan, but lately we’re starting to think otherwise. Maybe they’ll replace Android with Tizen, but for now that’s seriously doubtful. 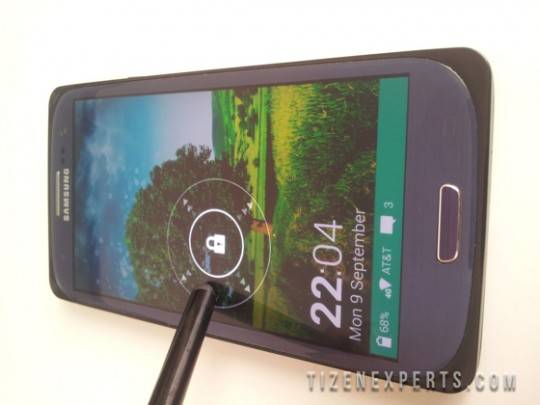 That lock on the screen sure reminds us of Android, but at this point most mobile operating systems all borrow a little bit from each other. Samsung hasn’t announced any official Tizen devices yet, but we have a feeling one might be coming sometime soon in a limited release. Is there room for another mobile OS? Let us know what you guys think below.