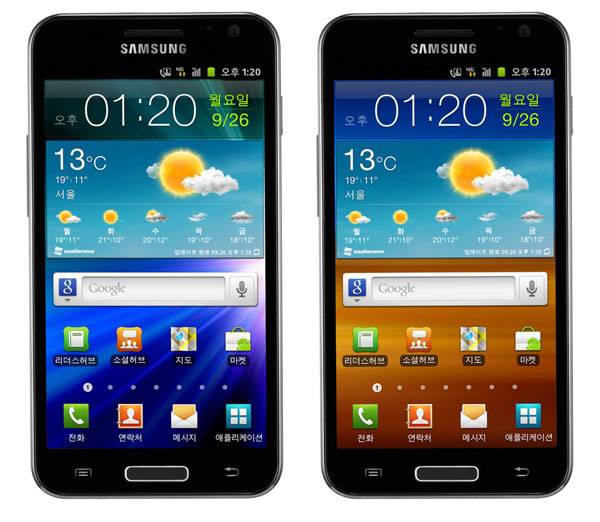 The S II LTE has a 4.5-inch WVGA 800 x 480 Super AMOLED Plus screen. The smartphone and runs Android Gingerbread for the operating system and has a 1.5GHz dual-core processor. The phone is 9.5mm thick and it has an 8MP camera sensor and records 1080p video. Internal storage is 16GB and it has NFC, an 1850mAh battery, and WiFi inside. The phone will hit SK Telekom. The other smartphone is the Galaxy S II HD LTE.

This phone has an even better screen packing in the world’s first HD 4.65-inch 1280 x 720 Super AMOLED HD panel. Other than the screen, the other features are the same as the non-HD version announced. This phone will also come to SK Telekom, LT, and LG U+. A launch date for either device was not offered. There is no word on when or if the two new devices will come to the US and other countries.