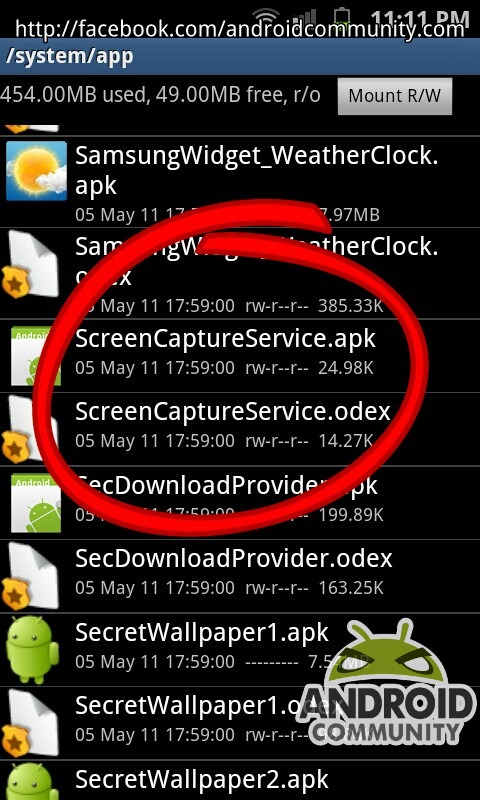 For a while now most android phones could only capture what was on-screen using different tools, or applications and many required root access first. Apps like drocap, shootme, or Screenshot ER. Lately the outcry for this to be a stock feature has been answered by a few OEM’s. First the LG Optimus and G2x got it, read about that here. Then we recently discovered it was also on the Droid Charge as well. We now can tell you the Samsung Galaxy S II also has a stock built-in screen capture feature.

We can confirm that the Galaxy S II does in fact have a screen capture service, clearly shown in the image above. If you simultaneously hold Power and Home at the same time it will catpure the screen for you, and the images are available right in gallery. This works exactly the same as the Droid Charge, and G2x we mentioned above. Here is my only issue, the Droid Charge and the SGSII are both made by Samsung, yet Sammy decided two different ways to accomplish this seemingly simple task.

The Droid Charge requires holding back, and hitting menu, while the Galaxy S II you hold power and home both down to complete the screen capture, same as the G2x. Don’t get me wrong, this is a feature that has been missing for a long time and I am glad to see OEM’s like Samsung and LG add this to their devices. Please don’t stop, but it sure would be nice if we could get something universal for it. For now all android phones have a power/wake button, and I’m pretty sure they all have a home button (honeycomb tablets excluded) so something as simple as holding power and home both should be an easy and universal way to take a screen capture. That is just my $0.02