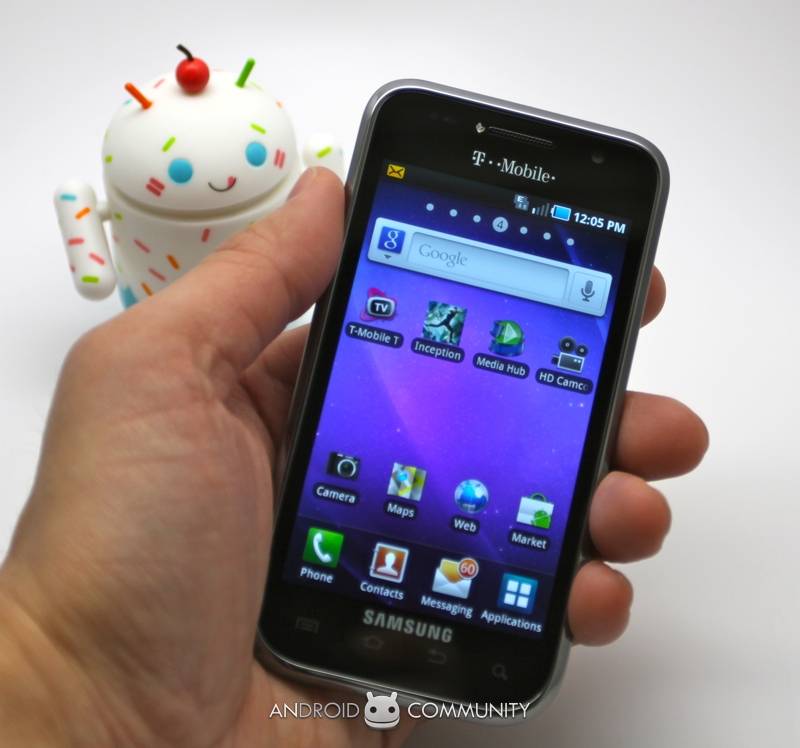 Samsung’s Galaxy S 4G isn’t exactly a great leap from the existing Galaxy S range. The company has taken the original Galaxy S and thrown in Android 2.2 Froyo from the outset, together with HSPA+ support for T-Mobile USA’s network. Still, with the Galaxy S family the best-selling Android devices around, there’s arguably little Samsung actually needed to do in order to refresh things prior to the Galaxy S II‘s arrival.

Our review unit has arrived, and we wasted no time in whipping it out on camera for some first impressions. It’s certainly derived from the T-Mobile Vibrant, with the same row of four touch-sensitive keys under the touchscreen and the same slender plastic chassis. Having used the Galaxy S II at MWC 2011 this week the 4-inch Super AMOLED doesn’t seem quite so luxurious, but it’s still impressively bright and clear. 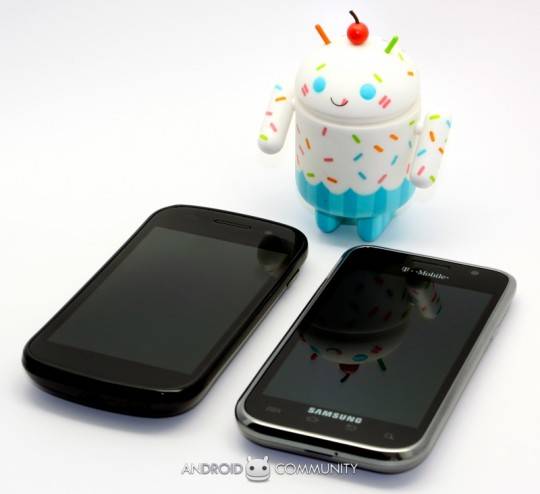 What will make the biggest difference is the speed: both from the Froyo update, and the 4G upgrade. Android 2.2 is certainly speedier than its predecessor, though Samsung’s TouchWiz UI does muddy the experience somewhat; we still wish there was a way to turn the modifications off. We’ve also noticed a couple of inexplicable pauses in the system, as were present on the original Galaxy S family (and, indeed, on versions that have since seen updates to Froyo). 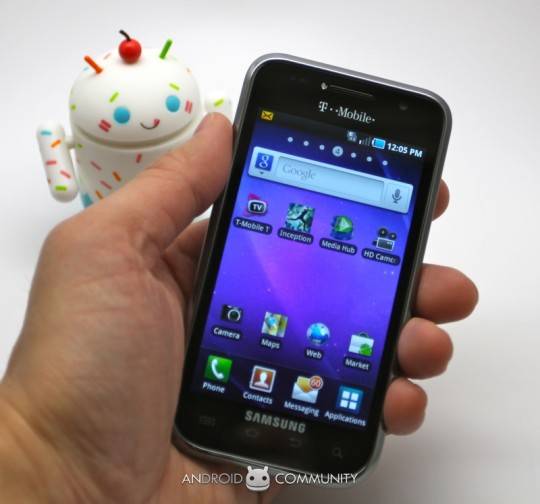 We’ll be putting the HSPA+ through its paces with some comprehensive speed tests ahead of the full Android Community review, so until then enjoy the hands-on gallery! 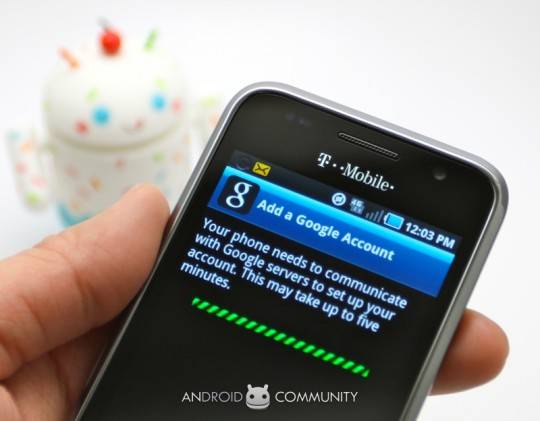