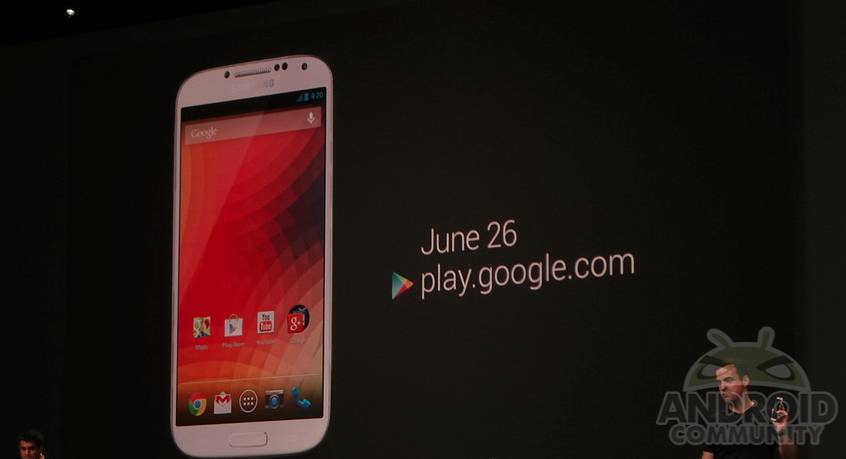 Some last minute rumors surfaced late yesterday afternoon and it looks like they have since been proven accurate. The rumor was dealing with a GALAXY S 4 running vanilla Android, and well, that handset has just been announced. The device is dubbed the Samsung GALAXY S 4 Google Edition and it will be available beginning next month.

Specifically, the Google Edition GALAXY S 4 will be available beginning on June 26th. The handset will sell for $649 and it will be unlocked with support for AT&T and T-Mobile. Those looking to make the purchase will be able to do so by way of the Google Play Store.

The handset will be running Android 4.2 Jelly Bean, which will have it just like the Nexus 4. Perhaps more important here — given this is a vanilla Android installation, those who make the purchase will be able to expect prompt updates, which is something that cannot be said for the carrier branded GALAXY S 4 models. 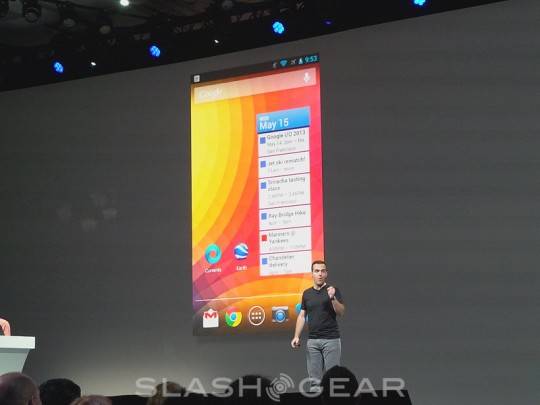 Not to mention, this should be good for those who really like the GALAXY S 4 hardware, but really dislike TouchWiz and the tweaks that are added by Samsung. Seems like Samsung has listened and offered users what they want — even if that group of users may be on the smaller side.

The question remains now; Who is going to be making a purchase? At just shy of $650, this will not come cheap, but it does provide the flexibility of being contract free. Not that we expect anytime to jump from carrier to carrier on a regular basis, but it could be done with this model. That said, make sure to keep up with the latest from Google I/O using our portal.