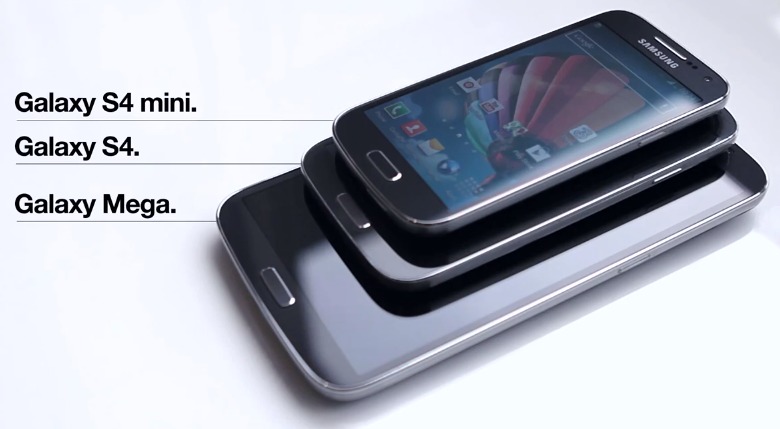 Samsung’s exciting GALAXY S 4 has a pretty big following, but it looks like the smaller sibling might too. Earlier today Samsung confirmed and announced the GALAXY S 4 Mini after weeks of rumors, leaks, and speculation. Many thought it would be announced in June at their event, but today they spilled the beans. We’ve seen it plenty, but now it’s time for a video tour.

Today Samsung announced the handset and along with it we’re already seeing our very first look and promotional video for the mini phone from Three UK. It’s odd that we’re calling a device with a 4.3-inch display “Mini” these days, but that’s where the mobile marketplace has taken things. Thanks Samsung.

In case you missed it we’ll be working with a 4.3-inch qHD 540 x 960 resolution display, Android 4.2.2 Jelly Bean, TouchWiz, a decent 8 megapixel camera and a 1.7 GHz dual-core processor. It certainly isn’t a flagship device, but will make a great mini-me. Take a peek at their introduction video below as well as a pretty good size comparison too.

“Some of you out there have told me that you don’t want to carry around a 5-inch smartphone because it’s simply too big. Well, the Galaxy S4 Mini brings the premium and the best features from the Galaxy S4 in an extremely pocketable size.” – Three UK

Smaller isn’t necessarily a bad thing, even though the specs certainly can’t live up to the current flagship GALAXY S 4. We’re still waiting for Samsung to deliver the same internals in a smaller package. Can’t we have a top-tier flagship device that isn’t 5-inches? That’s just our thoughts, and we’re sure many would agree.