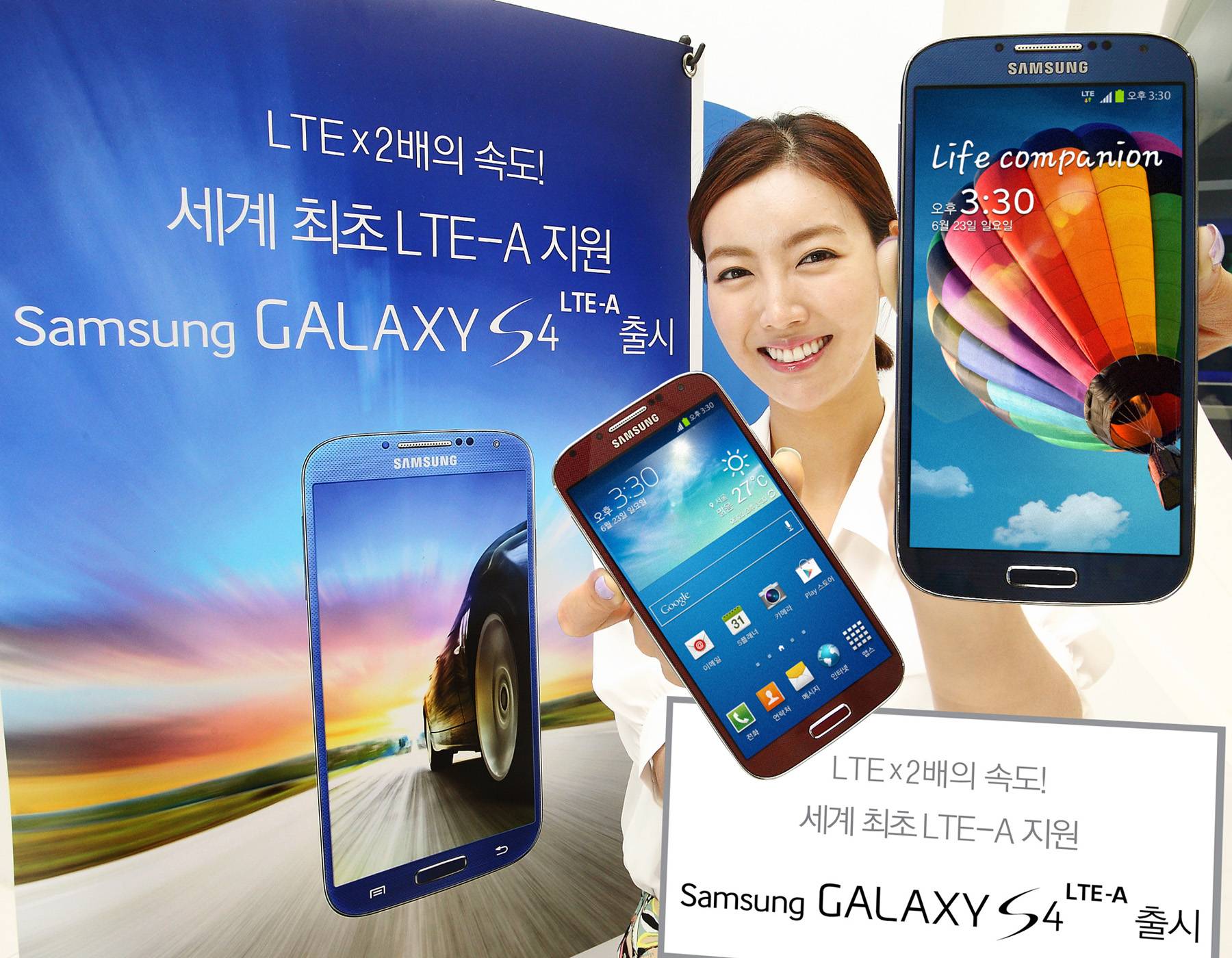 Samsung was recently showing the GALAXY S 4 LTE-A and as of today they have returned with the official announcement. Given we have seen some of these details before this news is arriving more as confirmation. Not to mention, as somewhat of a teaser for most of the world as the GALAXY S 4 LTE-A brings support for LTE-Advanced and will only be available for those in Korea.

Samsung has said the handset will be available in Blue Arctic and Red Aurora for the launch with additional color options coming at a “later date.” The initial release is set for sometime this summer and so far Samsung hasn’t offered a specific date. But again, for now the handset is only expected to arrive in Korea. While there are a few differences between the LTE-A and the regular GALAXY S 4, one notable difference will be in the processor.

Samsung has the GALAXY S 4 LTE-A packed with a quad-core 2.3GHz Qualcomm Snapdragon 800. Otherwise the specs should sound familiar for those who have been paying attention to recent Samsung releases. Basically that is to say the GALAXY S 4 LTE-A will have the 5-inch Full HD Super AMOLED display (at 441 ppi), 2GB of RAM, 32GB of internal storage, microSD card slot and 2600 mAh battery.

Those considering this model will also find a handset with a 2 megapixel front-facing camera, 13 megapixel rear-facing camera and running Android 4.2.2 Jelly Bean. Additionally, this particular model will weigh in at 131 grams and measure in at 136.6 x 69.8 x 7.9mm.

Aside from the hardware, there are a few another unique features on the Korean version of the GALAXY S 4 LTE-A. Those others are called ImageON and Digital Media Broadcasting (DMB). The ImageON is something that will analyze images the users are viewing. With this the handset will be able to identify and play videos related to the image with just a single click. Finally, as some will recognize, the DMB feature will allow for the viewing of live television while on the go.