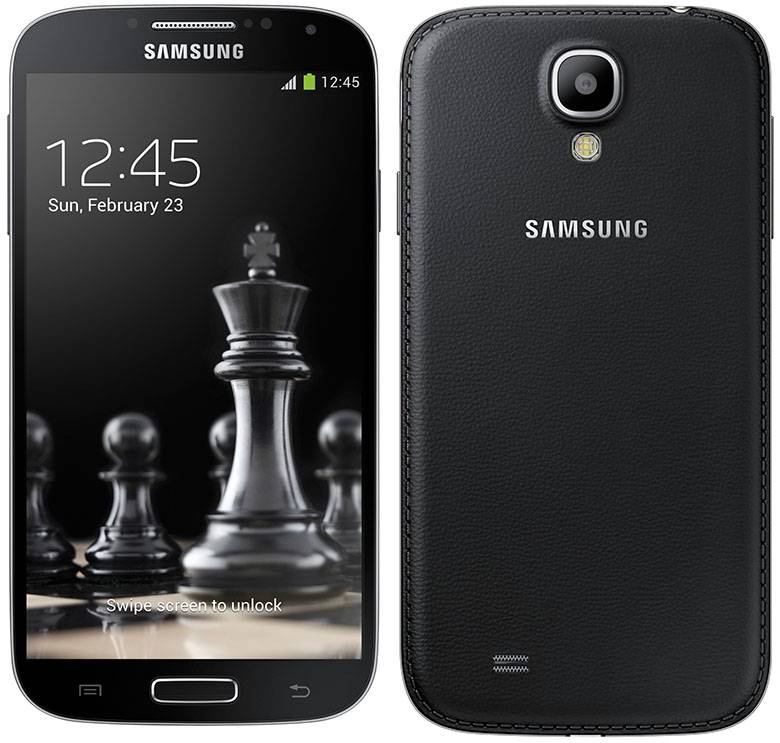 Samsung has announced yet another variant of the Galaxy S 4. This latest is dubbed the “Black Edition” and will be rolling out for those in Russia. There hasn’t been anything mentioned yet in terms of a global release, however the Galaxy S 4 Black Edition may be one to watch, well, that is if you were hoping for a device that crossed the Galaxy S 4 and Galaxy Note 3.

As you likely noticed from the image sitting above, the back of the handset is sporting the faux leather backing. This is the same style we saw with the Galaxy Note 3, and also with the more recently announced Galaxy NotePRO tablet. And to clarify this Black Edition announcement, Samsung has offered up a Galaxy S 4 and Galaxy S 4 Mini version.

Both handsets will arrive running Android 4.2.2 Jelly Bean. Simply put, same Galaxy S 4 and Galaxy S 4 Mini — just with a new exterior look. Otherwise, details coming from the Russian Samsung pages point towards prices of around $660 for the Galaxy S4 and $460 for the Galaxy S 4 Mini. That said, we’ll see if the Black Edition will stick around, or if it fades away like the Crystal Edition did after it was announced.