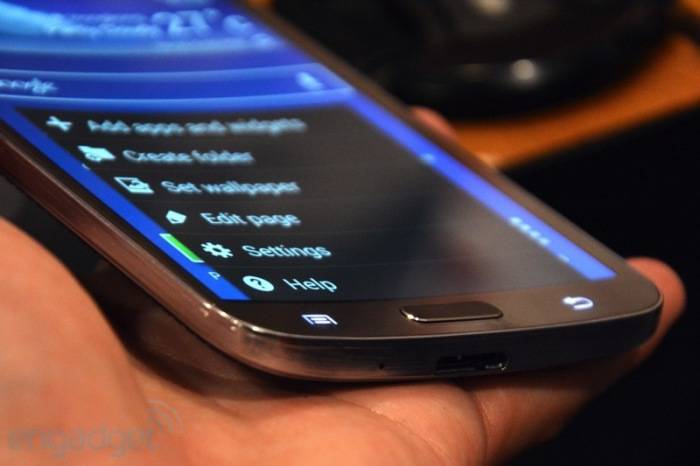 The saying goes “to see is to believe”, but, in some cases, “to hold is to believe” is probably more appropriate. That does seem to be the case with the Samsung Galaxy Round, which, despite the odd appearance, turned out to be quite acceptable, if not almost too plain.

This hands-on comes via Engadget, who was able to snag a device indirectly from Hong Kong, since the curious-looking smartphone is available only in Korea, at least for now. The Galaxy Round sports almost the same specs as the Galaxy Note 3 save the slightly lower battery. Also missing, of course, is the all-powerful S Pen. This makes the Galaxy Round nothing but a less capable Galaxy Note 3, whose only selling point will be it’s curved shape. The question on everyone’s mind is, of course, whether that alone will be enough to sell the device.

And it’s not as if that curvature has no purpose. The folks over at DisplayMate definitely don’t think it’s a simple gimmick, arguing that the concave curve actually helps increase readability through the combined effects of reducing reflection and increasing magnification. And Engadget did seem to find the device’s curves quite a nice fit not only in their pants’ pockets but also in their hands. The curve also made swiping across the screen easier and smoother. There’s seems to be some basis to Samsung’s TV spot after all. Then, of course, there’s the Roll Effect available for quickly taking a peek at notifications, though it is unfortunate that it is the only one that takes advantage of the device’s unique shape.

The Galaxy Round may have some benefits, but that will unlikely never make it across to the smartphone-using population, considering the device is reportedly not really being distributed quite extensively, making it reek of an expensive prototype. Even with the LG G Flex, it’s quite hard to tell if this is simply the beginning of a new and hopefully more innovative trend or if it is just a flash in the pan.