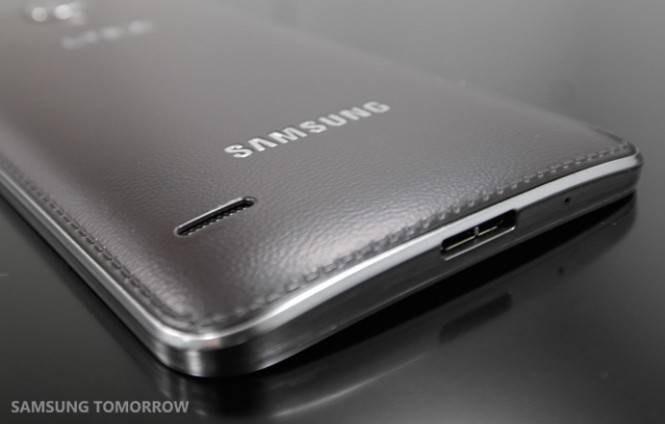 Companies sometimes put out new products that are so unconventional or new that the object itself sometimes makes no sense without the help of some sort of manual, or at least a video guide. While this TV spot is no tutorial, it does in some way give a rationale for Samsung‘s latest Galaxy Round smartphone oddity.

Based on their marketing spiels, Samsung and long-time rival LG are competing with curved smartphones based on which one has the more “natural” feel. LG, who just today formally announced its LG G Flex “real” curved smartphone, believes that its vertically curved device is a more natural fit, given how its curve conforms to the shape of a person’s face. Or the roundness of one’s buttocks, whose pockets the smartphone might find itself. Samsung, however, is apparently targeting a different audience with different uses for a smartphone.

Based on this ad, Samsung is going for a more hands-on use case. Its premise is based on how people are used to holding a round object in their hand and using their thumb to traverse the surface of the object. It seems that Samsung, then, is addressing the segment of smartphone users that are more interested in swiping gestures than putting the device near the their faces, for example, to make or take calls. Of course, that could just be a case of a product searching for a justification. In any case, here’s the whole half-minute TV ad for your viewing pleasure.

While the LG G Flex is already promised to launch in Korea next month, the Samsung Galaxy Round is yet to have a launch date, even its home country. But as a device that is rumored to simply be a public, not to mention probably expensive, prototype, Samsung might find it to be a hard sell except among the most devout of its fans.