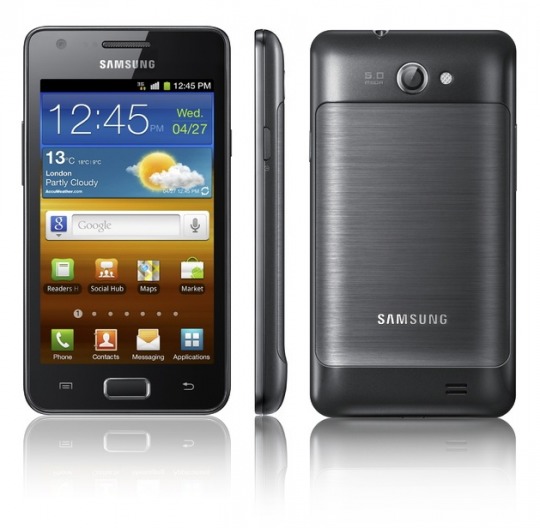 Samsung’s budget version of the Galaxy S II, the Galaxy R, is supposed to be getting official soon. A video showing off the Galaxy R and its Super LCD screen has found its way over to YouTube. The Galaxy R, also known as the Galaxy Z is meant to be a cheaper alternative to the sexier (if not a bit more cost inhibitive) Galaxy S II.

The Galaxy R cuts back a bit on some of the Galaxy S II’s most awesome hardware to cut the price back. This means you’ll be giving up the GSII’s Exynos 1.2 GHz dual-core processor and 4.3″ Super AMOLED+ display. The alternatives are the Tegra 2 dual-core processor and a 4.2″ Super LCD screen. To get a glance at how the two work together, take a look at the video below.

The Galaxy R was rumored to be launching in the UK soon, but Samsung is now claiming that its unconfirmed that it will launch in England. It now looks like Europe will be receiving the device first, followed shortly by Asian countries. We don’t have exact word on pricing yet. What would you pay for the GSII’s little brother?