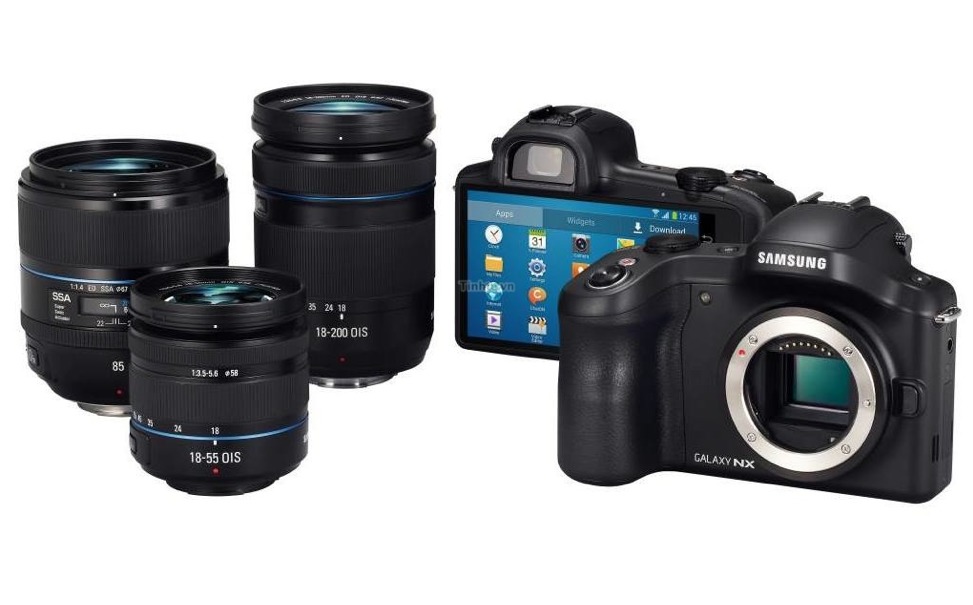 This morning the floodgates have been opened on what Samsung has planned with their next-gen Android camera. It is set to be revealed on June 20th in London, and we just got multiple official press images of the device revealing all the important details. It was leaked earlier today, but now we’re getting the complete picture so check it out below.

For those that aren’t familiar, the NX line is Samsung’s high end camera. On June 20th Samsung will be blending that flagship camera lineup with Android and revealing the Samsung Galaxy NX Camera – and we have three images of this impressive looking setup below. This will be an entire level above their current Galaxy Camera we’re using today.

For now all of the details aren’t yet known, but the leakster states it should have a APS-C 20.3 MP sensor on board, although previous rumors stated a 20.9 shooter would be under the hood. It will obviously record full 1080p HD and we’re hearing the ISO range will be up to 25,600. Low light photography here we come, all with Android on board. 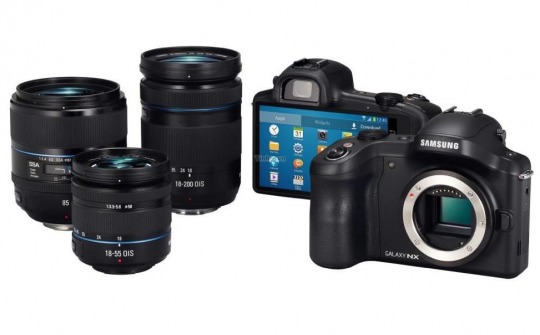 Most Samsung NX cameras don’t have a huge display like the Galaxy Camera, but this will come with either a similar 720p 4.8-inch display as the original, or a smaller 4.3-inch display. That spec isn’t fully known yet. Then of course we can expect Samsung’s Exynos 4 Quad core processor to also be on board, as well as 2GB of RAM and 8-16GB of internal storage.

Based on the press images we’ll have the standard settings dial on top for quick setting tweaks, but most of the changes will otherwise come from the touchscreen running Android 4.2 Jelly Bean. Get ready to enjoy all those camera features and filters from TouchWiz. Then of course it looks like we’ll be enjoying at least 3 different lens options originally, with more probably coming soon. The standard 18-55mm, 55-200 and another 85mm. It isn’t known if other NX lenses will be compatible, but we’ll learn more in just a few days.