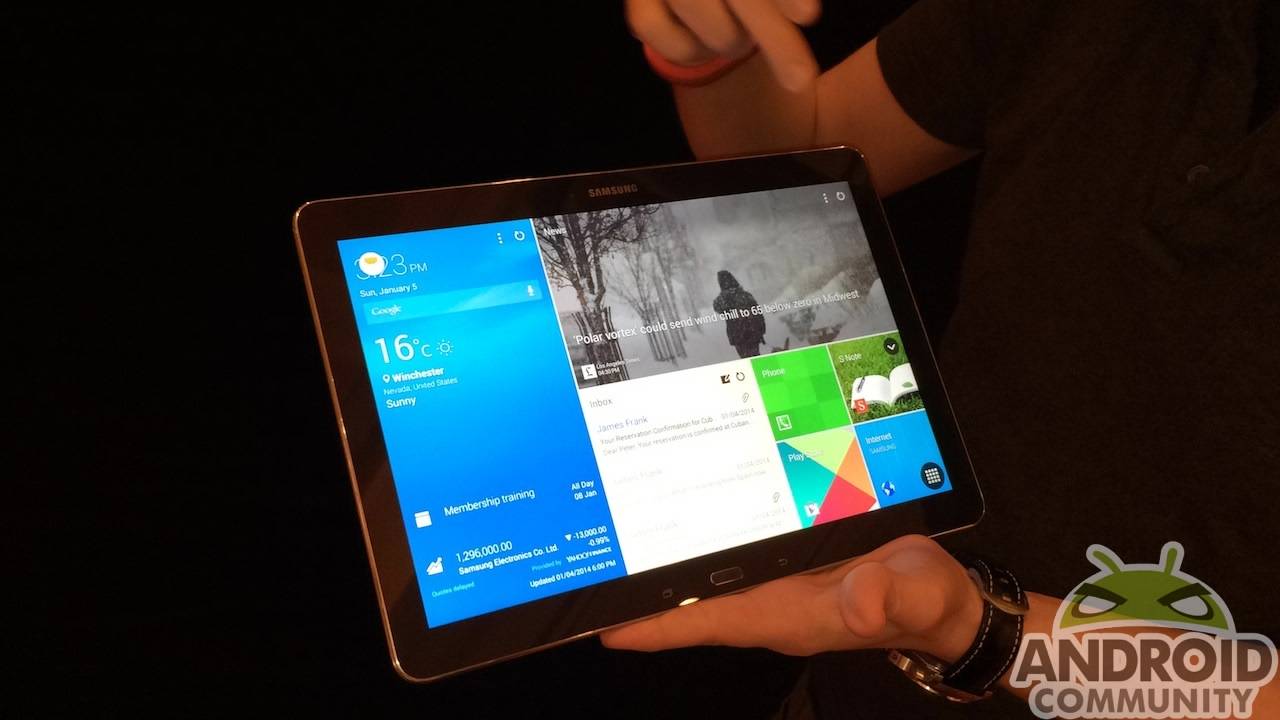 It seems that Big Red is due for a refresh of its catalog. A stolen shot of what is supposedly a Verizon memo indicates that Samsung’s prosumer S-Pen tablet and LG’s latest tablet will be heading to the carrier early next month.

There have already been rumors that Verizon will be grabbing these devices. The Galaxy NotepPRO was already spotted in FCC and Bluetooth SIG certification filings, similar to the G Pad 8.3. Of course, as always is the case with these filings, they never tell when the device will actually land on the market, much less with that carrier.

Now this photo says that it will take place next week, March 6th to be exact. Of course we can’t really be sure of the credibility of the source or authenticity of the image. It also doesn’t confirm the rumors of these devices being certified to work on Verizon’s LTE network, which is something we’d expect in this day and age. But given Verizon dragging it’s feet with the Nexus 7 LTE version, we’re not exactly sure about the presumption anymore.

While waiting for that auspicious day to arrive, you could refresh your memory about the devices in case you’re considering buying one of them. You can head on over to our Galaxy NotePRO and LG G Pad 8.3 tag portals for the latest updates, or read our hands-on experiences with the tablets from the timeline links below.