The rate of Galaxy Note III related rumors seems to be remaining fairly steady. Just recently there were a few questionable images of what was said to be a 6.3-inch Note III and as of today we are learning some details on what could be a model number. The model number has recently turned up on the official Samsung Global Download Center.

The one catch, while the model number has appeared, the important files such as the manuals weren’t available. That said, it is believed the Galaxy Note III will be arriving as the SM-N900. In addition, there was a second similar model shown, the SM-N900J. 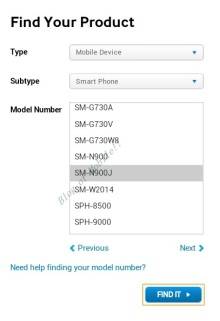 These model numbers were listed in the Mobile Device -> Smart Phone categories (on the Samsung website) and have both been removed since that initial discovery. The one reminder we have comes by way of the folks at Blog of Mobile who managed to grab a screen capture before these references disappeared.

While this certainly doesn’t offer what we would consider solid proof, it does seem to be lining up with a leak that surfaced earlier in the month. If you remember back, the Samsung Kazakhstan revealed the Galaxy Note III as the SM-N9000. Basically, a similar model number as we saw today (just with the addition of an extra zero at the end). The reference on the Samsung Kazakhstan website was also quickly removed.

We are expecting the Galaxy Note III rumors to continue, however this latest does give us another bit to start watching for in hopes of learning more down the road. Otherwise, Samsung is expected to announce the third-generation Galaxy Note during IFA which is set to take place in September.