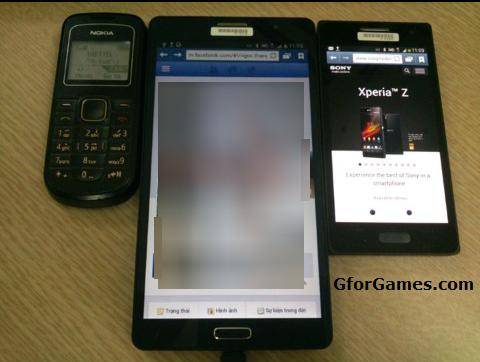 We know the folks from Samsung are working hard on their next-gen Galaxy Note smartphone, but we’ve yet to see it. Yesterday we brought you pictures that were being reported as the first images of Samsung’s upcoming 5.99-inch Galaxy Note III. Sadly, another has surfaced today (along with other reports) that seems to confirm it was just a fluke, and was the already announced Samsung Galaxy Mega coming in at 6.3-inches.

Above is another image that leaked this morning thanks to GforGames, which is also being reported as the Samsung Galaxy Note 3 smartphone/tablet hybrid. Looking at the image though it looks pretty massive. As in bigger than a 5.99-inch next-gen flagship device that we’re expecting in the Note III. All of Samsung’s products have these ugly square cases on them which hide their true design from the public so leaksters don’t notice anything new.

It’s being reported by multiple eagle-eyed readers that this isn’t the Note III, and instead is Samsung’s 6.3-inch qHD mid-range Galaxy Mega smartphone in a case for a disguise. The image above sure gives off the impression the device is bigger than 5.99-inches, and the original leak yesterday has since been debunked. 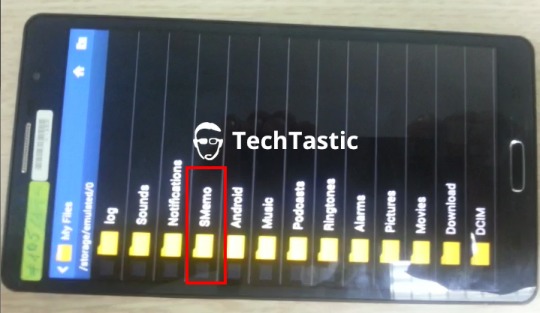 TechTastic, the one who originally leaked the first Note 3 prototype yesterday has since updated their blog stating it’s not a Note device. The device doesn’t have the S-Note app for use with the stylus, and instead has the old school S-Memo app like the Galaxy S 4 and all those other non-Note devices. As you can clearly see in the image above.

So for now the Samsung Galaxy Note III is still a mystery. There’s been reports of a new design language without all the usual Samsung plastics, one which was then scrapped in favor of their usual plastics for assembly and supply constraints. We’ve also heard the Note III will have the first flexible and unbreakable plastic display. So we’ll have to wait a bit longer before we get our first look.