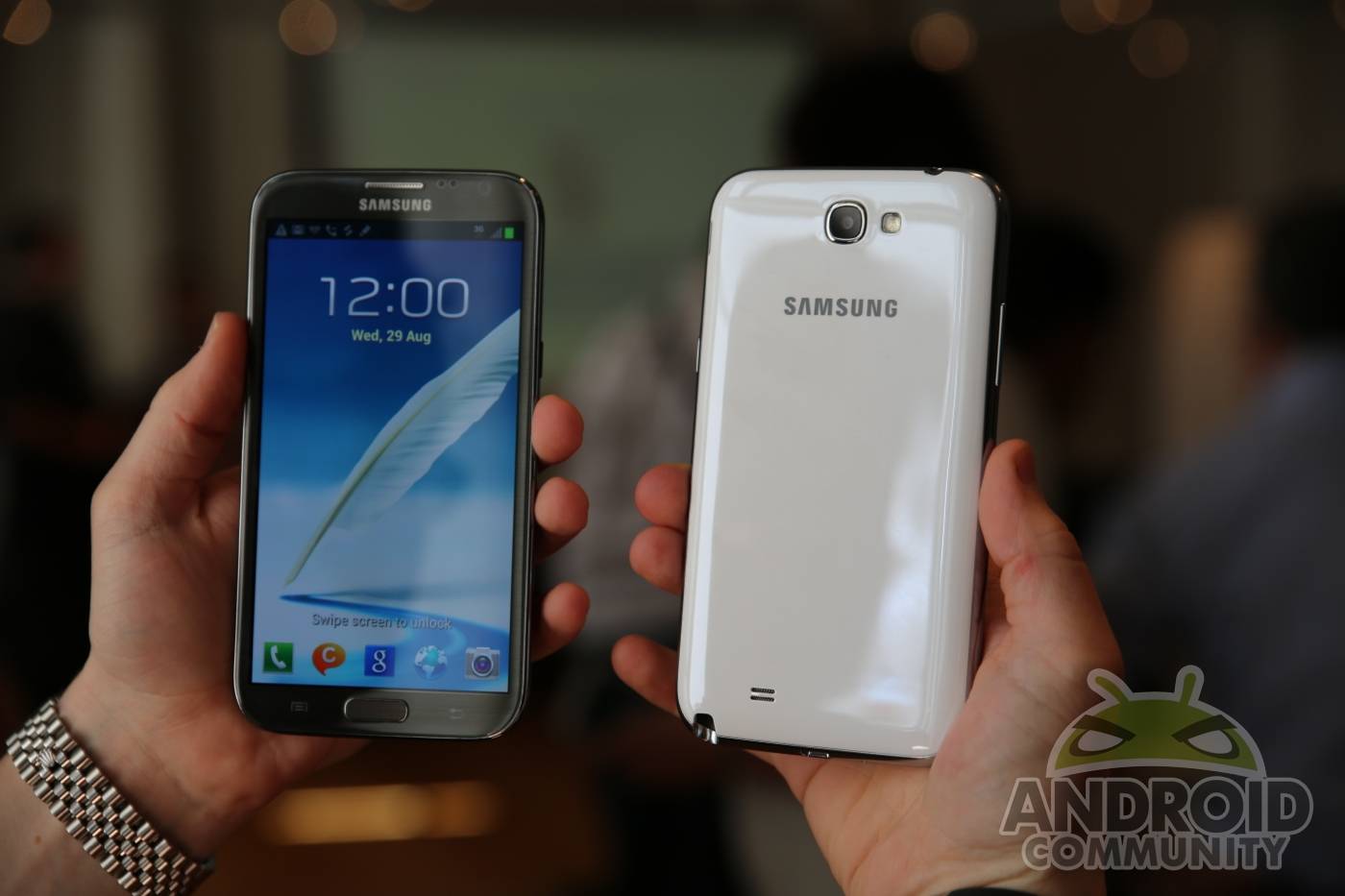 If you’re one of the many excited about the brand new Samsung Galaxy Note II smartphone phablet we have both good and bad news. The good news is Samsung announced it today and it’s awesome. The bad news is as we expected it won’t be arriving in the US right away. Samsung today has just shed some light on what we can expect in terms of a US launch.

Before we break your hearts with the bad news you’ll want to check out the tons of pictures and details in our full our Galaxy Note II hands-on. Samsung has detailed the parts of Europe, Korea, Asia and other international markets will all get the Galaxy Note II starting in Q3 — so any time now. Sadly for those in the US the wait will be a bit longer. Here’s what Samsung US had to say:

“Samsung Mobile is planning a U.S. version of Galaxy Note II, which will be available later in 2012. Building on the success of the original Galaxy Note, we’re confident that the Galaxy Note II continues to redefine what consumers should expect from their smartphone and delivers a powerful, innovative and unique experience. Exact timing and retail channel availability is not being announced at this time, we will continue to share information as it becomes available”

The details were rather thin as you can see above, but they specifically mention later in 2012. How much later we don’t exactly know but are hopeful for a late October release date. The Galaxy S III received great praises from everyone and Samsung managed to get all carriers on board in a friendly manor. While we don’t expect the Galaxy Note II to launch on all carriers like the S3, there is a good chance we’ll see more than one adopt the large 5.5-inch phablet into their lineup.

Again this 5.5-inch HD Super AMOLED smartphone packs Android 4.1 Jelly Bean out of the box and a quad-core 1.6 GHz processor — so surely many are excited to get their hands on it. We’ll be sure to follow along with all the details and will update the minute we know more. Stay tuned for more Samsung news live from IFA 2012.