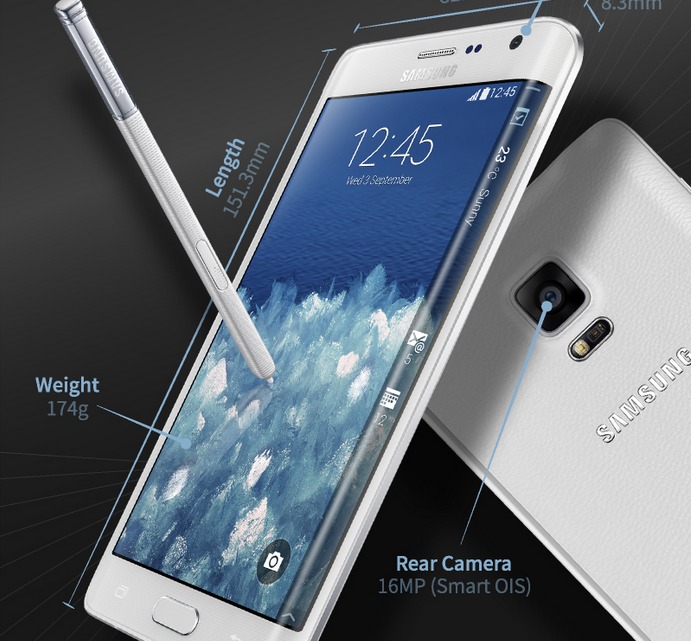 Ever since Samsung announced the Galaxy Note Edge a few weeks ago, Android fans seem to be on the, well, edge of their seats. To get people more excited about this “stateof-the-art” smartphone, they’ve released more information about the upcoming device through an infographic highlighting the specs and five features that the Galaxy Edge can uniquely give you (if you’re lucky enough to be one of the limited few).

We all know already that the edge screen of the smartphone is the major selling point of the Galaxy Edge, having the same display as the Galaxy Note 4, with its Quad HD (2560×1440) Super AMOLED display. But if you don’t watch the hands-on video that Samsung released, then you wouldn’t really understand what gives this smartphone the, ahem, edge. First of all, you don’t need to unlock your phone and go to the Apps menu part. What you have now is your favorite apps showing on the edge of your device’s screen. Even your notifications can just float and appear on your edge screen so that whether you’re watching a video or playing a game, you won’t be interrupted by that new facebook message or that text from your annoying offcemate.

If you’re the artistic kind that gets easily bored by your smartphone’s original casing, a feature on the Galaxy Edge will make you happy. You can personalize your edge screen by drawing or sketching your own design by using the S Pen or or adding images and text. Just like the ticker of news items that you see on TV (assuming you actually still open a TV), the Galaxy Edge has its own Ticker Board where you can view important items like stock trends, news items and even Twitter keywords. Important tools like your smartphone’s flash, voice recorder, timer, stop watch and ruler can be accessed and used on the edge screen whenever you need it.

While the Galaxy Note Edge sounds like a pretty nifty gadget to own, Samsung recently said that it will be a limited edition gadget only. It will also probably cost an arm and a leg in keeping with its elite status so if you really, really want one, better start setting aside money for it now.