Samsung tries hard when it comes to Bixby. We’re not against this smart assistant but at this point, it’s not exactly the best in the mobile arena. We still prefer the Google Assistant and Alexa. But for Samsung Galaxy phone owners, they have the privilege of having more options. One is Bixby that was officially launched last year on the Galaxy Note 8. The Bixby button remained on the new Galaxy Note 9 and it’s ready to receive updates and more capabilities.

The Samsung Bixby SDK was announced earlier to let developers make more apps and skills. That excites us because we know the possibilities are endless. We’ve seen it happen on the Google Assistant and so we believe devs can also do the same thing for Bixby.

The Galaxy Note 9 Bixby update has just been released to fix some bugs including accidental presses. It’s not really a bug but more of a common occurrence among Note 9 phone owners. What happens is a user presses the button by accident and then activating the Bixby Voice feature.

There wasn’t an easy way to deactivate it but there have been suggestions. We were told we could disable Bixby key soon on the Note 9. after we found out it can’t be disabled. An official update from the South Korean tech will be available soon.

If you own a Galaxy Note 9, don’t worry about the issue of accidental pressing because Samsung is rolling out the solution. The disable option will be back as part of a software so watch out for an OTA alert or notification.

Check Bixby’s app settings after you received the update and make the necessary changes. You will see if an update is ready right there. 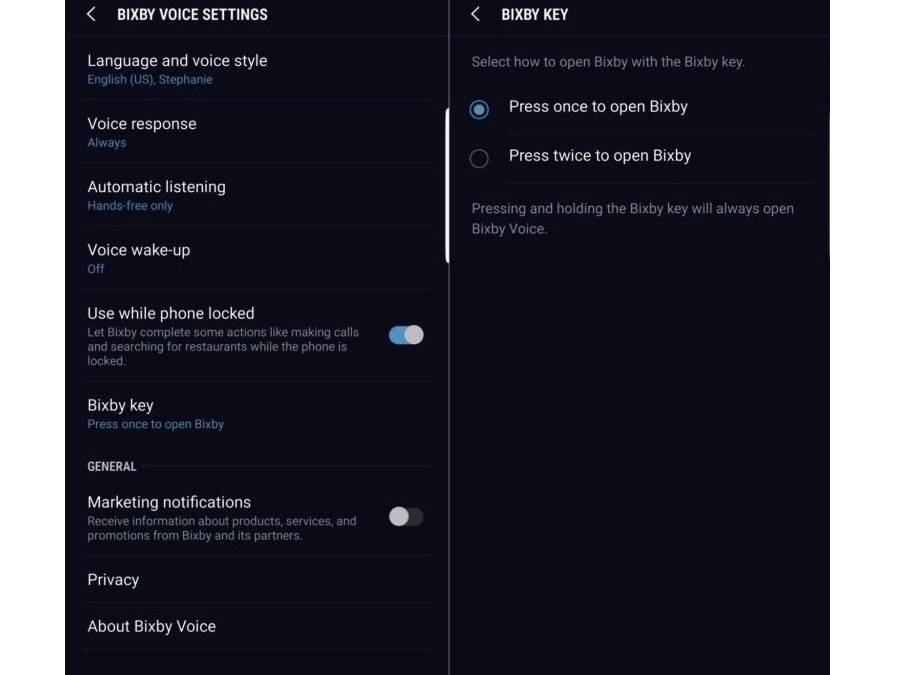