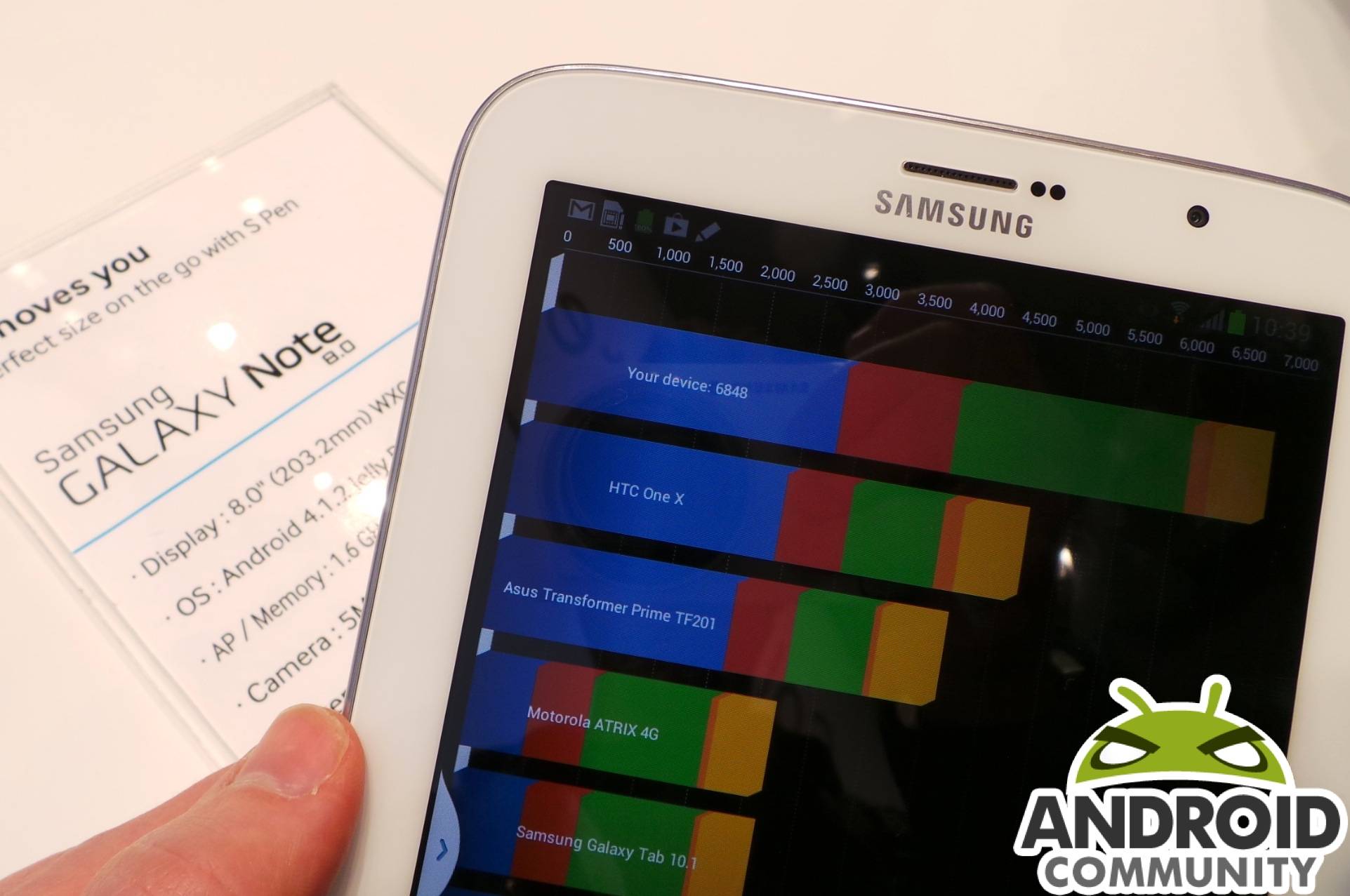 When Samsung announced their new Galaxy Note 8.0 back a few days ago, we only received a brief moment of hands-on time with the new tablet. Today however while roaming the Mobile World Congress halls we couldn’t help but stop by for a second look and to run some benchmarks. We wanted to see what this 8-inch tablet that also doubles as a phone could do with that quad-core processor under the hood.

The Note 8.0 rocks a 1280 x 800 resolution display, Samsung’s 1.6 GHz quad-core Cortex-A9 processor with 2GB of RAM, and of course Android 4.1.2 Jelly Bean should help things out too. Just as we expected, it scored quite well in benchmarks. While it didn’t top some smartphones with the new Qualcomm 600 series, it holds its own rather well. 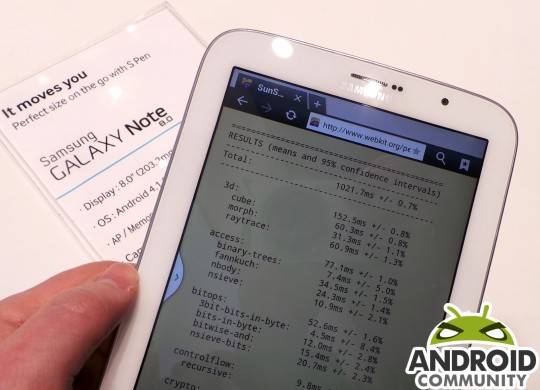 Then just for kicks we also ran SunSpider to test browser performance. The new Note 8.0 completed the test in 1,021.7ms, and for those who know Sunspider lower is better. As a comparison the iPad mini took 1,600 ms or so. Giving the Note 8.0 a clear lead by nearly 1/4 the time.

Obviously benchmarks only tell a part of the story, and we’ll need more hands-on time with the tablet to give a full impression. However our hands-on posted below was a seamless experience and each time we’ve handled the tablet it’s smooth as butter. Stay tuned for more coverage from MWC and we’ll be reviewing the Note 8.0 as soon as possible.