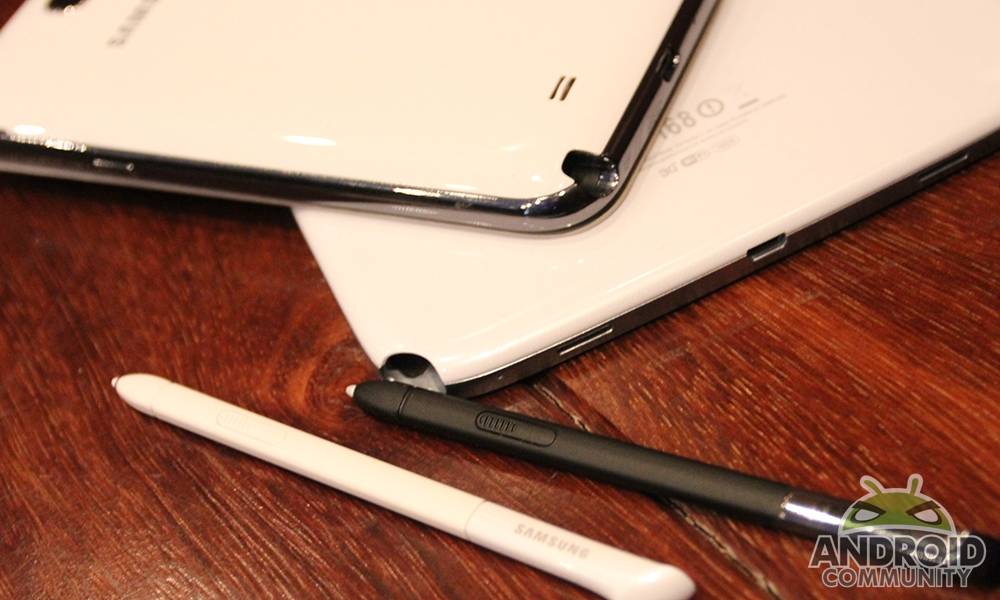 After all the leaks and rumors today the Samsung Galaxy Note 8.0 is finally official. Samsung just revealed their new daring 8-inch tablet, and we have all the details. Live in Barcelona for MWC we’ve already got our paws all over it. We’d rather not call this a phablet, but this truly is because its got full phone and voice features included. We might not get the phone model in the US, at least not initially, but read on for all the details.

The leaks and rumors were true and Samsung has just announced their Galaxy Note 8.0 complete with 3G voice and calling functions. Then you’ll obviously be able to enjoy all those other amazing features we’ve come to love from the Galaxy Note lineup. Complete with their S-Pen stylus and all those features, you’ll want to check out the hands-on video below.

That S-Pen stylus on a beautiful 8-inch screen looks nice right? We’ll have to test those call functions (and the look on peoples faces) once the tablet actually hits the market. You’ll also get A-GPS and GLONASS, as well as the usual WiFi, Bluetooth, AllShareCast and usual sensors. Then Samsung also added the popular IR blaster to control your Samsung TV’s at home. Or any TV for that matter using the Peel Android application.

Everything we love about the Samsung Galaxy Note lineup is on board here, with all those multi-window modes and true multitasking capabilities. Then Samsung even have a new Wacom digitizer and the dedicated menu and back buttons work with the stylus – we know you guys all will be happy about that! There’s also a brand new exclusive Flipboard app made specifically for the Galaxy Note 8.0, complete with pop-up previews when you hover with your S-Pen. You can enjoy Popup Note, Popup Video, and Air View all right out of the box as well.

The design follows the recent Galaxy lineup, but has a very solid and durable feel. The aluminum sides are great in the hand and it’s certainly comfortable to use. This is Samsung’s answer to the Nexus 7 and the iPad mini, that’s for sure. We have no official price or release date, but Samsung states it will be available in the 2nd quarter of this year. Hopefully a few US carriers jump on board the phone capabilities, but we’ll have to wait and see.

Follow all of our coverage from Barcelona at our MWC 2013 Portal.